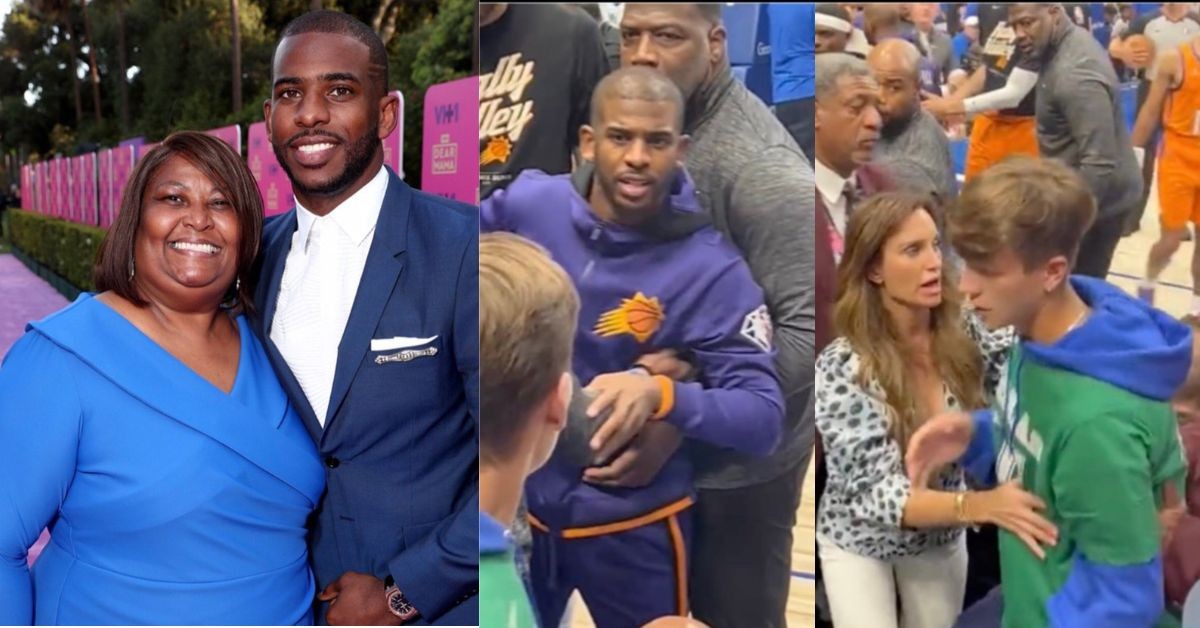 Chris Paul and the Phoenix Suns played Game 4 of the western conference semi-finals against the Dallas Mavericks in Dallas. The home crowd became uncontrollable after Dallas won and tied the series. One fan in the crowd shoved Chris Paul’s mother, Robin Paul. The fan was escorted out of the game but Chris Paul was not at all happy.

The Phoenix Suns seem to be having roadblocks in their amazing season. Dallas has tied up the series and poses a real threat of elimination for the Suns. This could be the upset of the season and something we don’t see them recovering from.

The Phoenix Suns were somewhat cruising throughout the playoffs with minor roadblocks on the way. Even though Devin Booker looked to be the star of this team, CP3’s insane performances keep the fight in the Suns alive.

Chris Paul has troubles on and off the court

CP3 has been averaging 10 points in just the 4th quarter of the playoffs and has been the closer they need. Paul had a record-breaking performance in the closeout win over the Pelicans in round 1. This is why Dallas sees him as the biggest threat on their team.

This mindset created a very unfortunate situation in Game 4. A Dallas Mavericks fan laid hands-on Robin Paul and pushed her. This happened in front of Paul’s kids who were reportedly traumatized. However, this did not go unpunished and the fan was tossed from the game and hit with a ban.

A source familiar with Chris Paul’s tweet after Game 4 told ESPN that Paul’s mother had hands put on her by Dallas fans and Paul’s wife was also pushed. To make matters worse, Paul’s kids witnessed it. “They felt very unsafe,” the source said.

Even after all of this, Chris Paul was outraged.

Wanna fine players for saying stuff to the fans but the fans can put they hands on our families….fuck that!!

There was not a lot for Chris Paul to stand on as he had the worst game of this playoffs. He played just 23 minutes because he fouled out. However, even in the short time that he was on the court, he scored just 5 points. For context, he had more fouls in that game than he had points.

The struggles for Paul led to Dallas tying the series and successfully defending the home court. However, as the best team in the NBA, Phoenix genuinely needs to do a lot better.

Shaquille O’Neal on Chris Paul Having Perfect Scoring Night: “Stop Giving Me Cookies for Stuff I’m Supposed to Do”