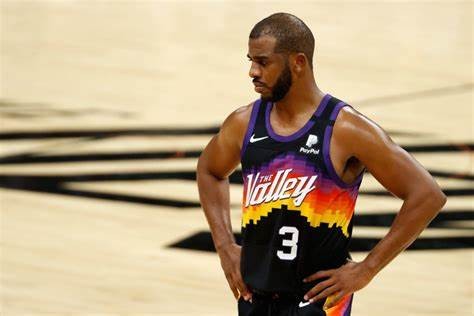 With the playoffs running in full swing, NBA Twitter is buzzing. Defending champions LA Lakers played Game 3 against Chris Paul‘s Phoenix Suns last night and won their first playoff game in Staples Centre in two years. As the Lakers take the series lead, the Suns’ championship hopes are dwindling. After the game, Chris Paul’s Twitter account was hacked and several leud tweets were posted under his name.

It took social media by storm and it’s highly likely that CP3 has no idea about it since it happened late at night. Hacker put up around 30 NSFW tweets attacking LA Lakers and several NBA players like James Harden, Anthony Davis, and LeBron James. 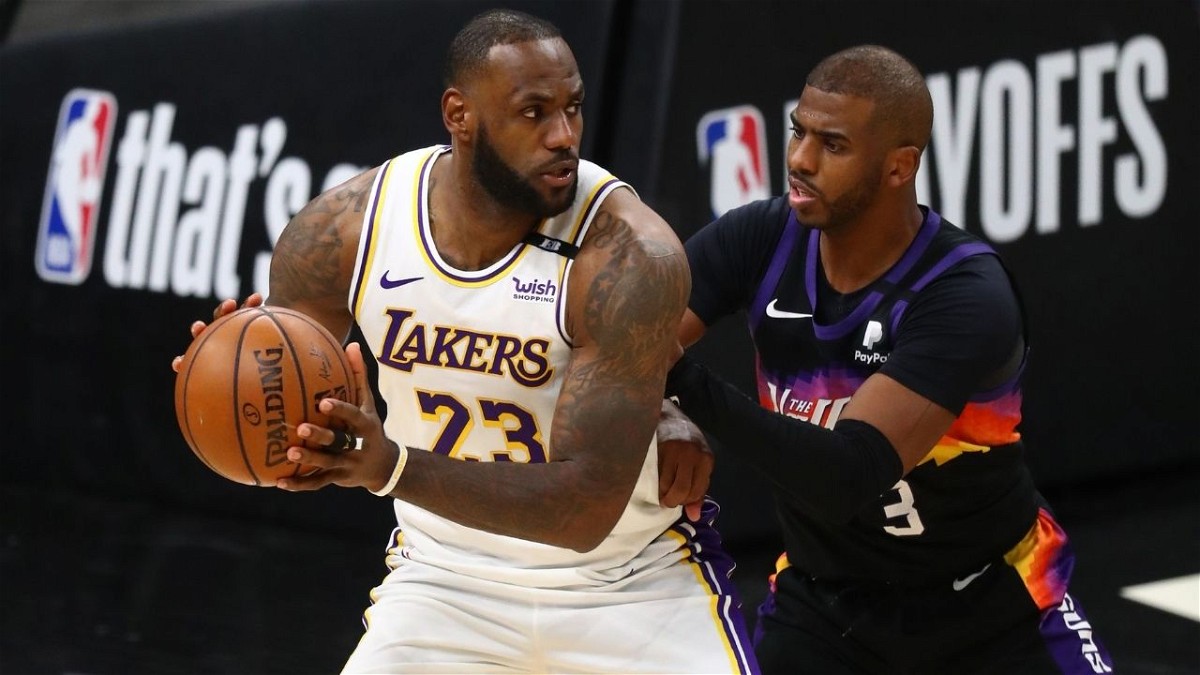 Chris Paul’s Twitter account has close to 8.2 million followers. So when a star posts something the news is bound to spread rapidly. After Game 3, tweets were posted under his handle. They were offensive, racist and it rose a lot of doubts in the minds of the fans that CP3’s Twitter account might have been hacked.

The tweets threw hits on the Los Angeles Lakers star LeBron James and on the Brooklyn Nets player James harden, amongst many others. The hacker also went on to trash post about Chris Paul through the same account, the tweets against Chris Paul also put light on how he was sledging the Lakers bench minutes before Phoenix Suns lost the game to LeBron James and co. The tweets also targeted the two LA teams, the Lakers and the Clippers.

While this tweet train was offensive to some fans, some of them thought this was hilarious and saw the funny side of things. One of the Tweets also stated that the Phoenix Suns would beat the Lakers in Six.

Twitter accounts getting hacked has not happened for the first time, aside from Chris Paul, a number of NBA stars and celebrities have had their accounts hacked. From the young talents like Giannis Antetokounmpo and Trae Young to stars like Kevin Durant and Jamal Murray have been victims to hackers.

Giannis being the most recent victim to his account being hacked. Several racist and insensitive tweets were posted under his handle and the hacker turned out to be a 16-year old. The tweets were hilarious until the hacker chose to disrespect the late Kobe Bryant, who Giannis Antetokounmpo idealised.

However he must have a pretty good management, because the tweets that were put out were deleted within minutes and his account was locked. But that did not stop fans from getting their screenshots and having a laugh. The saying is true , once on the internet, always on the internet.

Although this may be an excuse by Kevin Durant for slipping up on Twitter, the Brooklyn All-Star is said to be hacked multiple times. It is known that Kevin Durant has burner accounts that he uses to defend himself on social media. It’s likely that he forgot to switch before tweeting this out:

KD has secret accounts that he uses to defend himself and forgot to switch to them when he was replying to this guy I'm actually speechless pic.twitter.com/9245gnpa3c

While Kevin Durant uses it as an excuse, Chris Paul’s account really was hacked. His team was successful in removing the tweets within minutes and getting hold of the account from the hacker.