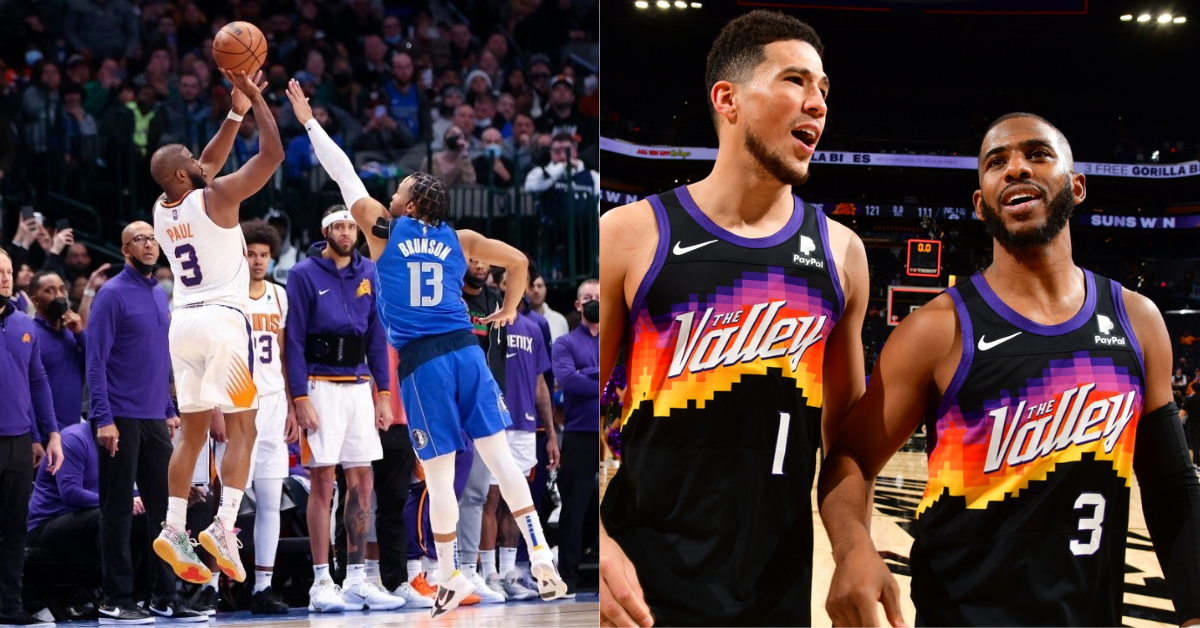 The Phoenix Suns beat the Dallas Mavericks in game 2 of the Western Conference semi-finals with a final score of 129-109. Devin Booker scored 30 points but Chris Paul scored 28 points in the game with 14 of them coming in the 4th quarter. In the post-game press conference, Devin Booker was filled with appreciation for his teammate.

The Phoenix Suns are currently 2-0 up in the series against the Mavs. Phoenix is looking to cap their record-breaking season with an NBA title. They are currently the favorites to win in the West. And with the way they are playing against Dallas, they will be in the Western Conference Finals in no time.

Last season they made the NBA finals but lost. They responded to that by breaking a franchise record in wins and being the best team in the league this season. Paul has unlocked Booker and Ayton’s potential. In the first round, against the New Orleans Pelicans, Booker picked up an injury. But it was Chris Paul that had a record-breaking game at the age of 36 to get the Suns into the semi-finals.

The thing that Chris Paul is doing amazingly is being a guaranteed closer for the Suns. So far, in the 2022 NBA playoffs, he’s averaging 10 points per game in just the 4th quarter. It is one of the reasons that Phoenix are 52-0 in games where they have had the lead going into the 4th.

Book and CP3 looking real scary as the Suns take a 2-0 lead 😳 pic.twitter.com/MaIeWRSUJi

“Especially in the 4th quarter I was a spectator, I got to watch it from the bench. I mean you guys tell me, you’re watching the same thing. It impresses us every time we see it but does not surprise us. It’s just the will to win…Not only can he score, he can make a play for somebody else if you leave your man. Tough matchup.”

Devin Booker was asked about his teammate’s performance in the 4th quarter and all Devin could say were things we all get to witness. If the Phoenix Suns go on to win the NBA finals, will Chris Paul win the Finals MVP over D-Book?