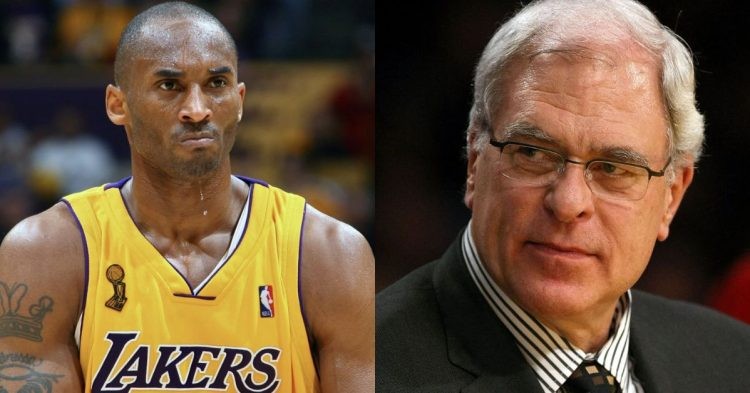 Hardcore Los Angeles Lakers fans or even NBA fans for the record, will never forget the moment when Kobe dropped 81 points. This was in 2006, against the Toronto Raptors. His Mamba Mentality kicked in and Kobe Bryant turned into a monster dropping 28-for-46 from the field and 7-for-13 from beyond the arc.

While the fans loved the performance and the spectacle that they got to witness that game, former Laker champ, John Salley had things to add on.

LA Lakers bought in Phil Jackson on June 11, 1999. Phil had already led the Chicago Bulls to a six-championship streak and was bought in to develop an underperforming team!

The former Champ and teammate of Kobe went in an episode of the Club Shay Shay podcast. When discussing whether will Lebron James passes Kareem Abdul-Jabbar as an all-time scorer, Kobe came up.

“You’re going to be really mad…Phil Jackson once told me: ‘Some records need to stand.’” pic.twitter.com/jYGvVRimGg

As the conversation drifted towards Kobe, Salley revealed that Phil benched Kobe intentionally.

These words can sting Laker fans as they would’ve loved to witness their beloved star break enormous records.

The GOAT debate between Michael Jordan and Kobe Bryant was always present. Kobe was that eclectic of a player who add an arsenal of weapons that opponents feared.

Who has the most points in a single game of the NBA?

Wilt Chamberlain, in his time with the Warriors, led the team to victory over the Knicks in 1962, by scoring 100 points. The most points scored in a single NBA game ever.

Wilt Chamberlain played for the Philadelphia Warriors and on March 2, 1962, put up a spectacular performance and grabbed the victory of 169-147.

The knicks trailed at the end of the first quarter, 42-26, with Chamberlain scoring 23 points. By halftime, the Warriors had lost the edge in the game, but still led 79–68. Chamberlain’s point total stood at 41. The ball was consistently given to Chamberlain and scored another 28 points leading the Philidelphia Warriors 125-106 by the end of the third quarter!

With 36 field goals and 28 free throws, Wilt actually holds the most 70-point games during his career!

The closest anyone has gotten to Chamberlain’s record is Laker’s Late Legend, Kobe Bryant.

While we may never know if Phil’s actions were intentional or not, we sure cannot say if Kobe could break the record. Taking into pure speculation, the fans would’ve gotten a treat if Kobe actually would have.