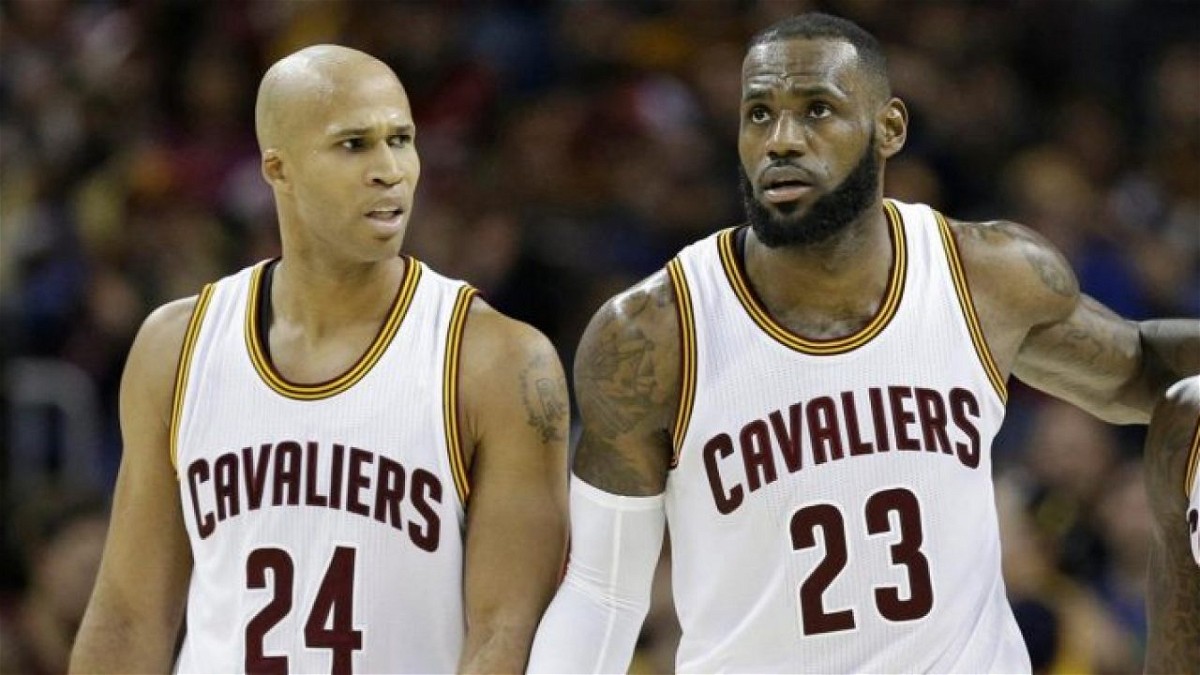 The Los Angeles Lakers are having one of their most tumultuous seasons in recent history. They are 9th in the Western Conference standings and have lost 7 of their last 10 games. Much of this blame has been heaped on LeBron James and his recruitment of Russell Westbrook.

LeBron James has averaged a decade-high 29 points per game to go with 7.9 rebounds and 6.3 assists this season. Yet the 4-time MVP finds himself under the scanner. Struggling through injury and the inconsistency of his newest teammate, Russell Westbrook, LeBron has seemingly done his best on the court for his team.

After a close loss to their city rivals, the Los Angeles Clippers, the Lakers suffered another humiliating loss. In their last game, they fell to the New Orleans Pelicans 95-123 and lost more foothold in the Play-In race. LeBron’s 32 points could not help the Lakers eke out a win or even a fighting performance as they slumped to defeat.

Richard Jefferson’s scathing remarks on LeBron James and his team

The Lakers’ game against the New Orleans Pelicans featured a puzzling play by DeAndre Jordan.

The passage of play by the 33-year old bench center has been widely trolled on the internet. And it is baffling to watch too. DeAndre Jordan collects a rebound and takes far too long to decide on his next move. He then dribbles up the court before slinging a ball too heavy to be collected. The ball went out of bounds and drew a quick apology from the embarrassed player.

And although not true, the same play has been cited by fans as the one that forced the Lakers’ hand. The Los Angeles Lakers have waived DeAndre Jordan and are pursuing another free agent, D.J. Augustin.

A former teammate of LeBron James had a very telling take on the situation.

Congrats DeAndre on getting out of there! https://t.co/LpcXYGmCxF

Richard Jefferson was on the Cleveland Cavaliers team that LeBron James led to historic glory in the 2016 NBA Finals. The forward is now an analyst and commended DeAndre Jordan on getting out of the Lakers team.

As intriguing as it is for a former teammate to make such statements, it is also implying how difficult the situation is in the Lakers locker room. With morale at an all-time low, and critics pounding on the door of mental toughness, the Lakers are the only ones who can help themselves.