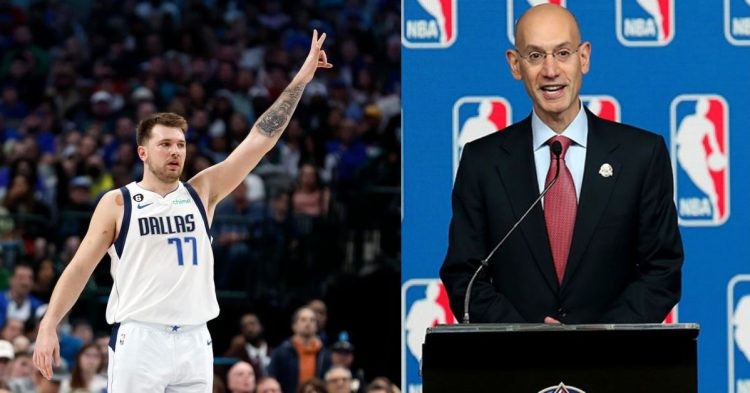 Luka Doncic has helped the NBA break viewership records on social media. This is something that has never happened before. As we all remember, during the stretch between Christmas and New Year, Doncic was playing basketball at an elite level. Almost like he knew the whole world was watching him.

The Dallas Mavericks star put up a statline of 60 points and 21 rebounds and 10 assists, a triple-double that we have never seen. The reaction to this caused a lot of waves on social media. NBA fans must certainly be interested in hearing more about Doncic’s amazing effect and how it benefited the NBA.

It turns out that people simply love watching Luka Legend in action. The NBA shattered all previous records in terms of viewership across its social media with a whopping 1.1 billion video views across all its social media platforms. This would include Instagram, Twitter, Facebook, and TikTok along with many others.


One might assume that having good viewership on Christmas is to be expected. However, that would simply be underplaying the multiple records that the NBA has shattered on each social media platform this week. According to the reports, the NBA Instagram account was the most viewed it had ever been on Christmas Day.

The Twitter account also generated a record-breaking 73 million video views. These were viewership numbers that the NBA had never seen before on Twitter. Additionally, it was also booming on other social media platforms the entire Christmas holidays.

Technically, Luka didn’t bring in the complete 1.1 billion views for the entire NBA. After all, there are 30 other teams in the league, and fans all have preferences. Nonetheless, Doncic’s incredible play in this stretch increased viewership by 150 million.

Considering that this is almost 15% of the entire views the NBA generated, Luka is one of the major reasons the league was able to shatter multiple records on social media. We hope he continues to play at a high level. If he does so, the NBA will reach greater heights of popularity and continue to grow at a global level.