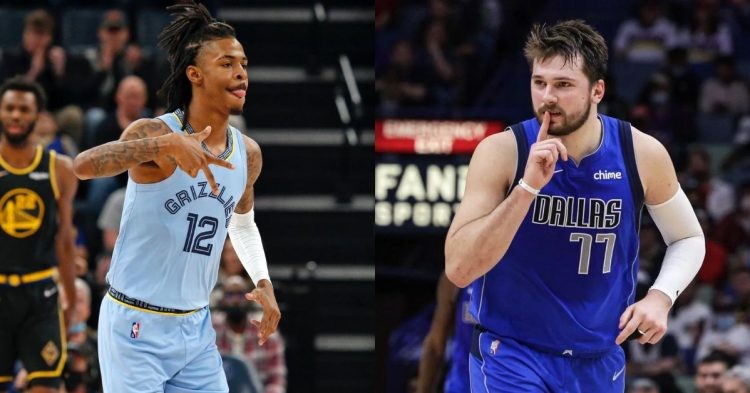 The 2022-23 NBA season is in full swing once again as the Dallas Mavericks prepare to host the Memphis Grizzlies at the American Airlines Center tonight. It will be an exciting matchup that all NBA fans are eager to witness as it will involve two of the game’s biggest young stars: Luka Doncic and Ja Morant.

Both Luka and Ja have world-class potential to take the win for their respective teams single-handedly. Both of them are the face of their franchises and will be for years to come. They will need all the help they can get to take the win.

It seems like the Mavericks‘ star man, Luka will play against the Grizzlies. He featured in the season opener against the Phoenix Suns a few days ago. The Slovenian made 35 points, 6 assists, and 9 rebounds, but could not help his team to win against Devin Booker’s Suns. However, the Mavs may have shortcomings in other departments.

A player who has been mostly used in rotation, Frank Ntilikina, is out for the game due to an injury, according to reports. It is said that he is currently facing an ankle effusion. Adding on, the Mavericks will also miss Davis Bertans, due to a right knee effusion. Even though he may not be a guaranteed starter had he been available, the Mavs will still miss his service.

The franchise’s guard, Facundo Campazzo is listed as day-to-day. He is still doubtful for the Mavericks’ first home game of the season.

On the other hand, the Memphis Grizzlies also have important players who are unavailable for the game. As we all know, the Grizzlies acquired Danny Green this year, along with the #23 pick in the 2022 NBA Draft. Unfortunately, Green has not played for the franchise since joining due to a torn ACL and LCL.

Adding on to that, Jaron Jackson Jr and Ziaire Williams are also out due to injuries. The pair is currently recovering from foot and knee injuries respectively. Moreover, the Grizzlies’ shooting forward Dillon Brooks is also listed as day-to-day and is doubtful for the fixture.

The Memphis-based franchise may have to work hard to get the win against the Mavs because they have talented players sidelined. However, they do have a prodigy in Ja Morant who is available for the game. And he will surely be looking to get the win. It will be an exciting night of basketball for NBA fans as Ja Morant and Luka Doncic face off.
Tags: Dallas MavericksMemphis Grizzlies
Previous Post