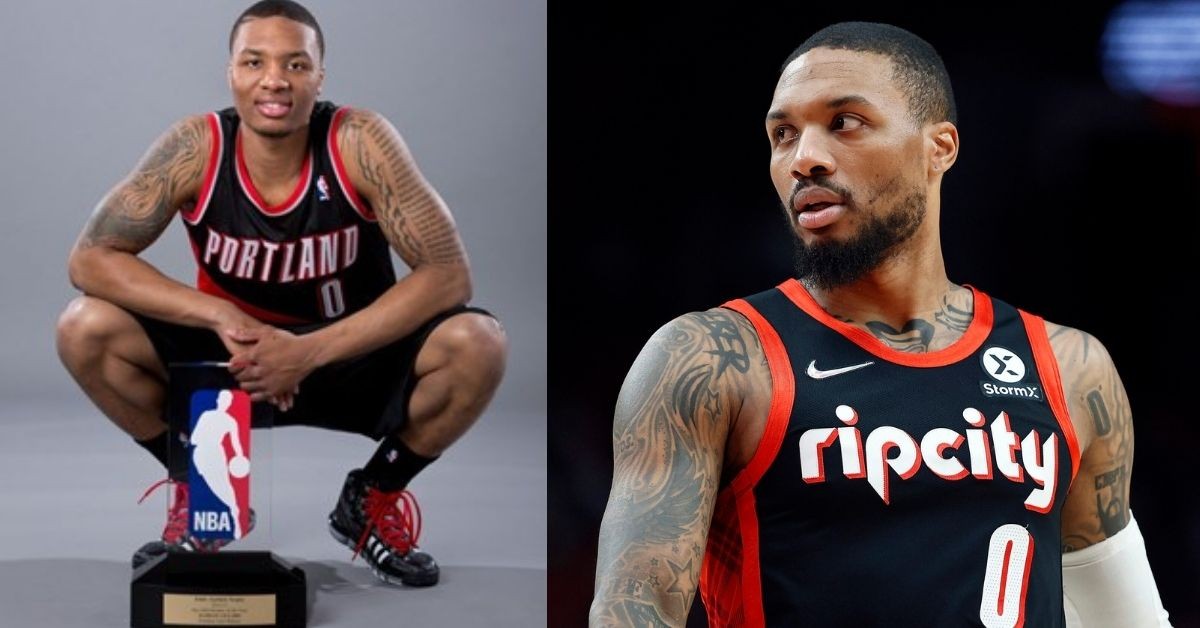 The Portland Trail Blazers were in for a tough season when Damian Lillard suffered his injury. Any chance of the Portland guard’s return to action was ruled out due to an abdominal injury. But nobody could have predicted the abysmal run of form that the Trail Blazers ended their season with.

In contention to make the Play-In tournament all throughout the season, the Trail Blazers had a terrible fall from grace. They lost 11 straight games to close out their season and fell to 13th in the Western Conference standings. They finished their season with a 27-55 record.

But apart from their lottery pick hopes, the franchise did not do much that you could hope to look forward to. They traded away their second star, CJ McCollum to herald in a rebuild yet again centered around Damian Lillard. But worst of all, it was another season where Lillard failed to fulfill his true potential, without the right team around him.

Damian Lillard has had an unfulfilled career

Damian Lillard was drafted by the Portland Trail Blazers with their 6th pick in the 2012 NBA Draft. He has played for them ever since and given his all to the franchise over 10 long years.

In his first 3 seasons, he did not miss a single game for his team and won Rookie of the Year. Thus signaling the start of a glorious era for a team that hadn’t won the NBA Championship since 1977. But all of that has somehow fizzled out over the years and his quest for a championship remains just that, a quest.

In the 9 seasons prior to this season, Dame never missed more than 16 games for his team. And he also led them to 8 playoff appearances, with his best finish being a Western Conference finals appearance in the 2018-2019 postseason. He has averaged 25.7 points and 6.2 assists over 61 playoff games.

Including this extremely clutch buzzer-beater that made the headlines across the world. Dame Lillard pulled up from range to send the Oklahoma City Thunder home.

But for context, and to understand just how much he has underachieved, here’s a comparison.

And such an underwhelming career has led to numerous trolls and memes making fun of Lillard. One such meme finally caught the man’s attention and he very curtly reacted to it and accepted the truth in it.

On further questioning by fans, he admitted to the feeling that he has not accomplished anything in his career.

Such self-awareness is as rare as it comes, but these admissions from the 6-time All-Star make you feel for him. One can only hope the Trail Blazers front office gets their act together and gives him a team he can fight for. Is next season the season where it will all come together for one of the top 75 players of all time?