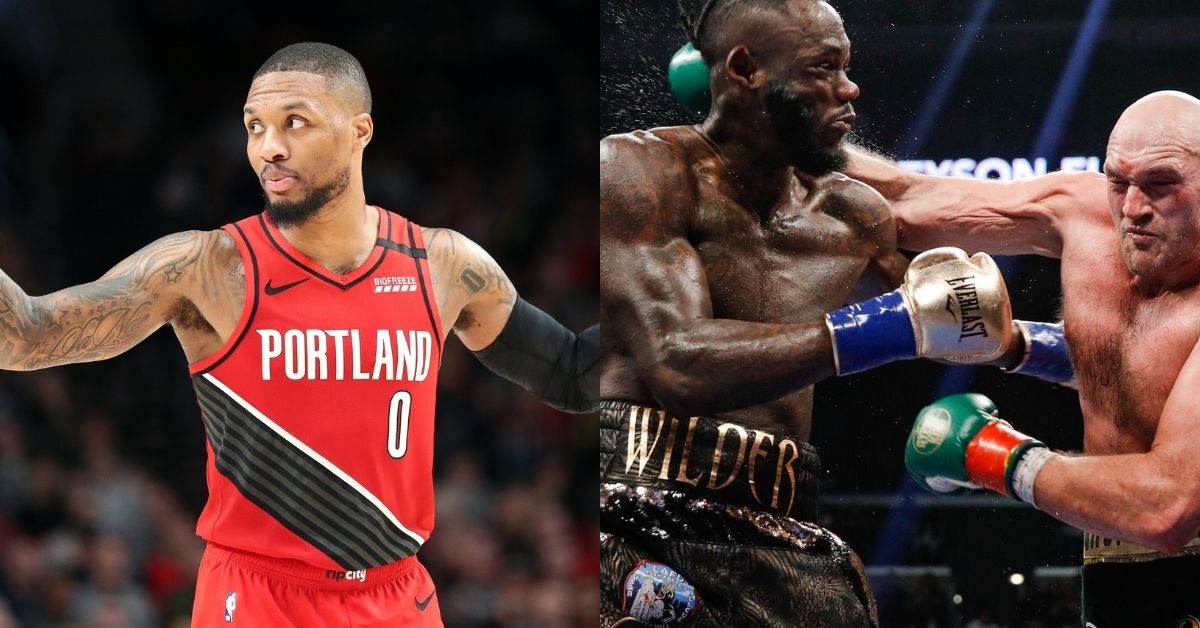 Damian Lillard has been sidelined from NBA action this season due to an injury. Lillard suffered lower abdominal tendinopathy and had to get stomach surgery. However, he has other interests, that include but are not limited to rapping and boxing.

Damian Lillard was asked who his favorite boxer of all time was. He revealed that it was none other than Tyson Fury. Dame acknowledged Fury’s dominance in a tweet.

Damian Lillard is an NBA star. However, he has been unable to win a championship so far. The Portland Trail Blazers have always had early postseason exits. They missed the playoffs this season, therefore it has been one to forget.

Damian Lillard is an NBA star. However, he has been unable to win a championship so far. The Portland Trail Blazers have always had early postseason exits. They missed the playoffs. Additionally, the Trail Blazers decided to rebuild. Therefore, this has been a season to forget.

Dame has been rehabbing from his abdominal surgery. His future with his team is uncertain. However, he has been active on social media. He may have chosen Fury for many reasons.

Crawford, Spence, fury, Canelo … make what you want of those https://t.co/D6IYReHSA9

Tyson Fury actually managed to win and remain undefeated. He has a record of 32 wins 1 draw and 0 losses. This puts him in the league of the best. Tyson also won the belt twice. This is a feat Lillard is yet to accomplish in the NBA.

It is also interesting to know that Dame is an avid boxing fan. It is common for NBA players to pick up a second sport or hobby. Michael Jordan had baseball. Steph Curry had golf. An athlete respects any athlete who performs at the highest level. Mutal respect, as well as disrespect, is common across sports

Tyson announced his retirement following his latest victory. It was after defeating Dillian Whyte, another boxer. Tyson retired at the age of 34. Dame is 31 right now. One must wonder whether his prime is over as well.

In any case, it is always good to observe acts of respect. Fury is now retired, his legacy complete. Lillard may have some legacy left to show the world.