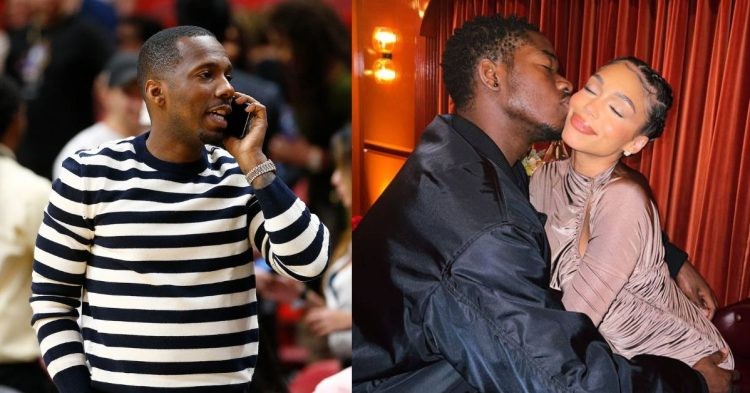 Popular Skyfall actor Damson Idris has revealed to the world that he has been cast to play Rich Paul in the NBA agent’s latest Biopic. Idris has been in the news lately after confirming his relationship with Lori Harvey. NBA fans must certainly be aware of who Rich Paul is. He is the founder of Klutch Sports Group and a childhood friend of Los Angeles Lakers star LeBron James.

His life would have certainly been filled with its own challenges and obstacles that Rich struggled to overcome in order to become successful. Although this might seem like an unconventional idea for a biopic, it could turn into quite a hit. Especially with the casting of Damson Idris to play Rich Paul.

We should take a closer look at how Damson Idris feels about playing this role when the biopic is expected to come out and more about his personal relationship with Lori, a popular model, entrepreneur, and socialite.

When is NBA’s Rich Paul biopic coming out?

At the moment, we do not have a clear deadline for when the biopic is set to be released. After all, filming is yet to commence and actors are still being cast into their roles. Considering that it is only a biopic and not a full-fledged movie, we should be expecting it towards the end of this year or next year.

In any case, we know that Damson is excited to be playing this role as Rich Paul. He is currently dating Lori Harvey and they recently made their relationship public on Instagram. Fans will remember that she has even dated other actors like Michael B Jordan and Rapper Future. Additionally, she is also the daughter of popular American Television host Steve Harvey.


Damson posted a picture of him kissing her on his Instagram story and wished her a happy birthday. Looks like both his professional life and personal life seem to be pleasing him greatly. Idris shared how he felt about playing NBA agent Rich Paul on a show called “The Breakfast Club”.

“I am about to play Rich Paul…”It is time we start cherishing black moguls and Rich is someone that people need to know. This guy has completely changed the game, and I’m happy and fortunate to call him a big brother, and I can’t wait to honor his story.”


Idris is indeed a very talented actor and is loved by many fans. He is truly happy for being given a chance to play a character like Rich Paul and truly believes Paul is like a big brother to him and deserves honoring. We are eagerly awaiting the release of this biopic and hope that it will be an incredible success.