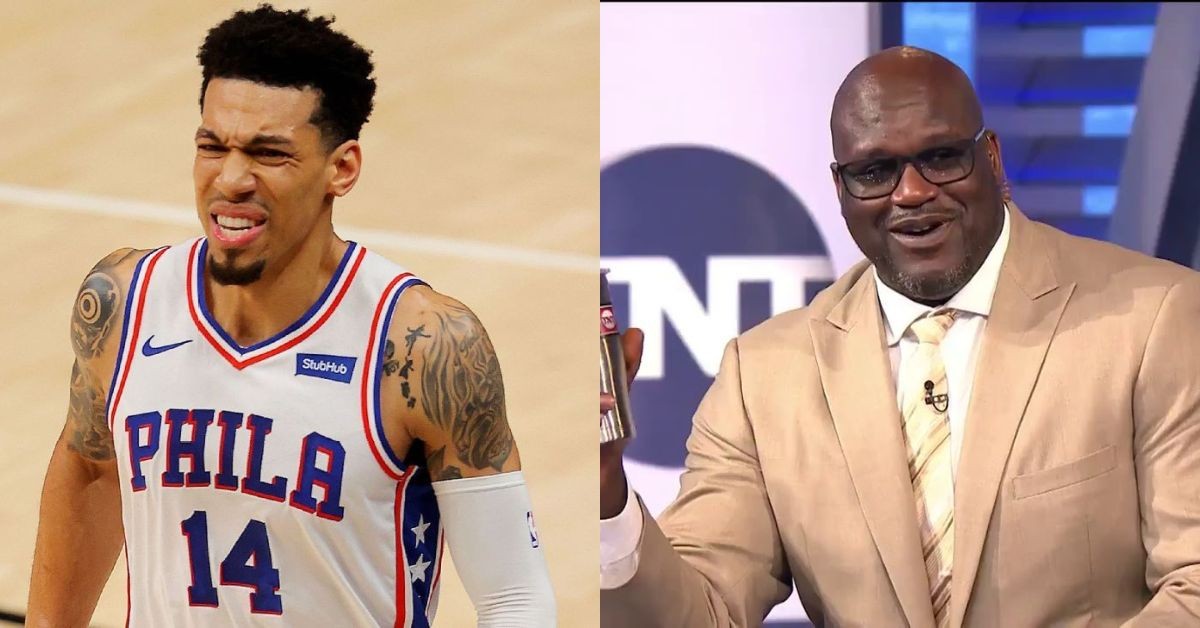 Shaq on set and Danny Green on court (Credit- Twitter)

Joel Embiid, Danny Green, and the Philadelphia 76ers have won game 4 of the second round. Shaquille O’Neal and the “Inside the NBA” crew interviewed him postgame. Shaq has a history of giving players nicknames. Therefore O’Neal and the crew took this opportunity to give Green his new nickname.

Shaq has given nicknames to players in the past. He called Dwayne wade “flash” for his speed in his early years. However, D-wade was not impressed with the nickname. In Danny Green’s case, the crew called him “Icy Hot”.

The Philadelphia 76ers were down 2-0. However, they managed to win games 3 and 4. By doing so, they have evened the series at 2-2. James Harden has not been in peak form this postseason. Additionally, Joel Embiid suffered a mild Orbital fracture in the first-round series.

Therefore, it fell on the likes of Danny Green, Tyrese Maxey, and Tobias Harris to carry the sixers. James Harden was able to step up for game 4 and score 31 points 9 assists and 7 rebounds. He had been in a scoring slump himself, and finally had a 30-point performance in this series.

Danny Green, on the other hand, was heavily responsible for the 76ers winning game 3. One could argue that his three-point shooting in that game, is on the level of the best in the league. Danny scored 21 points and 4 assists. Additionally, he shot 7 of 9 from the three-point line. This is considered scarily accurate, even by NBA standards.

“Aw man, I hate that name.” 😅@dgreen_14 and @SHAQ joke about the nickname “Icy Hot” pic.twitter.com/zXSqHLiqit

However, the 76ers were able to win game 4 and now make this a best of 3 series, as the show moves back to Miami where the Heat will host the 76ers for Game 5 and a potential game 7.