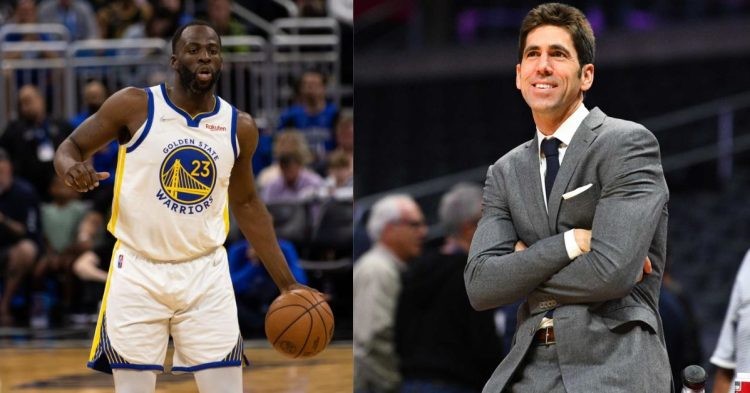 Stephen Curry, Draymond Green, Klay Thompson, and the Golden State Warriors won the 2022 NBA title. This is the 4th title that this core group has brought to the franchise in the last decade. Draymond is the defensive specialist and backbone of the team. Therefore, his looking for a maximum contract could pose a problem for the Warriors in the near future.

We already know that Golden State is deep into the luxury tax and is the team that pays its players the most in the league. This would be somewhat expected considering the success they have had. Nonetheless, GSW must plan for the future. They recently discussed what Draymond’s value is and their plans for him. It is important to know what GSW intends to do and what Green’s future looks like.

Every NBA player is in a different situation and should handle contract situations with their team based on the situation. Some of them are young players looking to make a living in the league. However, that is not the case for Draymond and the Warriors.

While he might not be a very deadly offensive threat, there is no denying that GSW uses him best alongside Steph and Klay. After all, this core staying together for all these years is mainly responsible for the success of the franchise. Bob Myers, the GSW general manager discussed how they plan to approach this situation.

“No, no I would definitely unequivocally say he’s not a guy we look at and say he’s not going to be around. Now, at some point decisions are going to have to be made. But as far as his importance to the organization and what he has done. We’re going to do everything we can to keep him in the fold“.

This is certainly a valid point by the Golden State Warriors management. They should not look to let Draymond walk and weaken the core of their team. Moreover, Green leaving would change their defensive identity and offensive flow.

Finally, we all know how close Stephen Curry is to Draymond. This actually poses a problem for the Warriors who might have to make a tough call.