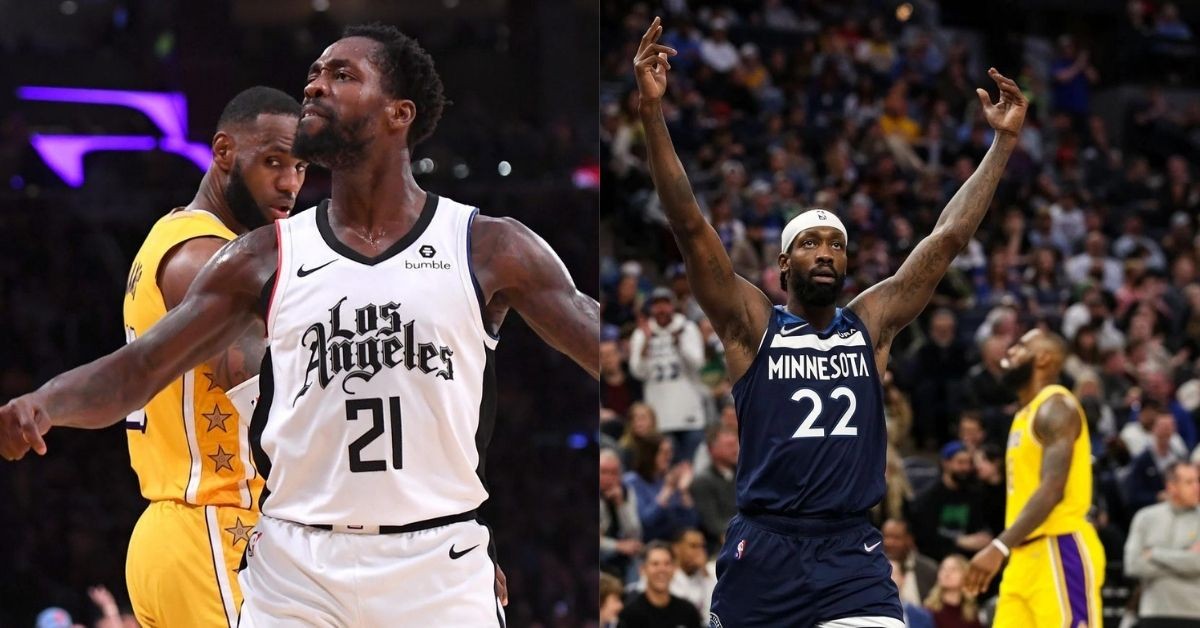 LeBron and Patrick Beverley have had a lot of back and forth on the court. But they both were once teammates. When King James was in Miami, a young Patrick Beverley played on the Miami Heat D-league team. He was cut before they ever played together but did spend some time in team practices.

Patrick Beverley could be exactly what LeBron James needs

The Los Angeles Lakers were the 21st out of 30 in the league in defensive efficiency rating. Even a defensive coach like Frank Vogel could not get LA to put in effort on that end of the court. They won an NBA title a couple of years back purely from their defense. But the roster changes they’ve made have caused a major defensive downgrade.

Patrick Beverley would love to play with LeBron. When asked who is the superstar he’d play with the most, LeBron topped the list. This was extremely ironic considering they’ve had a lot of back and forth. As I mentioned before, Beverley is a pest who joined the LA Clippers and was a direct rival to LeBron’s Lakers.

They’ve pushed, and shoved each other on almost every occasion they’ve met. Beverley resents LeBron’s Miami and the Lakers for cutting him as a rookie. Even recently during his time on the Timberwolves, Pat Bev taunted LeBron James over and over again.

His inclusion in the Lakers would bring life to their defense. Beverley won’t take the ball out of the hands of LeBron or Westbrook but will defend as his life depends on it. Pat has made the all-defensive team on 3 different occasions and is an experienced vet that will be respected by other players on the team.

Could we see Patrick Beverley playing for the Lakers next season? He is still under contract for at least 2 more seasons with the Timberwolves, meaning that LA would have to trade for him. Something that they currently don’t have the assets for.