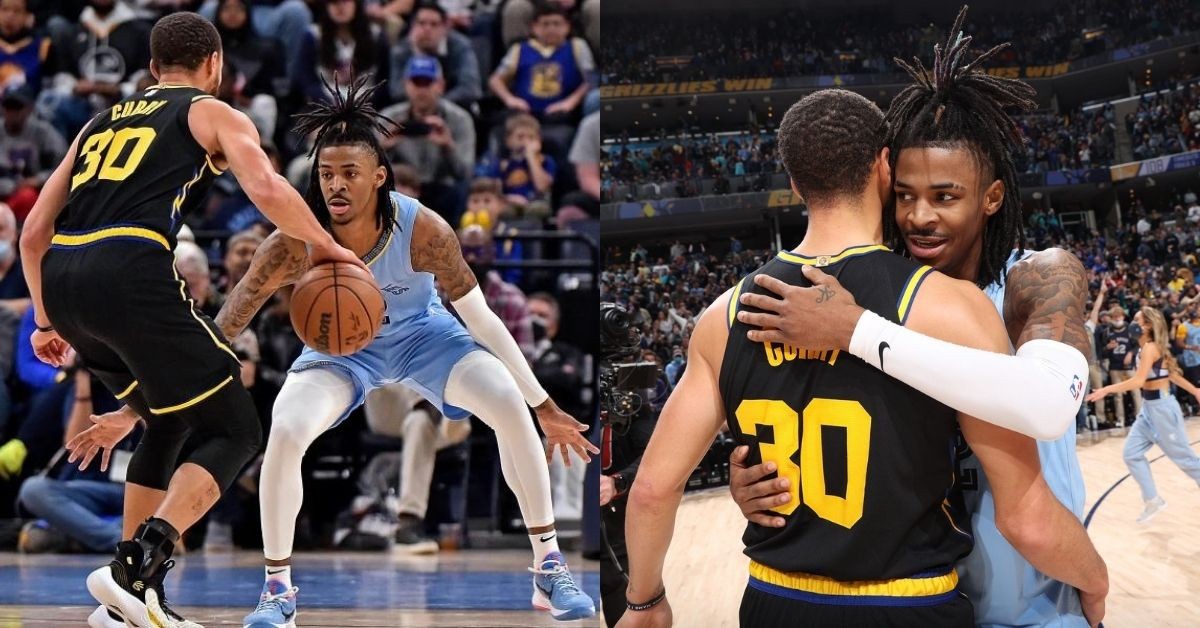 The Golden State Warriors beat the Memphis Grizzlies in 6 games to move on to the Western Conference finals. The last 3 games of that series came against a Memphis team that did not have Ja Morant. Ja had to miss time due to a knee injury. However, even after losing, Ja Morant reveals that he enjoyed his matchup against Stephen Curry.

The Memphis Grizzlies reached the western conference semi-finals for the first time since the 2014-15 NBA season. They won 56 games this season, an 18-game improvement from last year. They were top 5 in offense and the 4th in defensive efficiency rating in the league. But lack of experience cost them a chance to contend.

The headline for the western conference semifinals was Ja Morant vs Stephen Curry. It was the present vs the future. A battle of the guards that could have ended with Stephen Curry having to pass down the mantle for Ja.

The series was very physical and we saw 2 direct ejections in the first 2 games. Ja was the Most Improved Player of the season and continued that in the NBA playoffs. Against Golden State and Stephen Curry, he averaged 40.5 points per game with 9 rebounds, 9 assists, and 3 steals per night. Even though Memphis could hold their own without him, with him they looked like contenders.

In those 3 games, Curry scored 27 points with 6 assists and was getting dominated by Ja. If it wasn’t for Jordan Poole, Memphis could’ve won all those games. Morant was destroying a 2 time MVP and 3 time NBA champion and it turns out that he was having fun doing it.

Stephen Curry was Ja’s favorite matchup in the league. We never got to see them play in a 7 game series and were robbed of it due to the injury. But the MIP is still just 22 and we have a lot more years of seeing him grow and potentially surpass Curry.

Could we see Stephen Curry and Ja Morant play against each other in the next postseason?