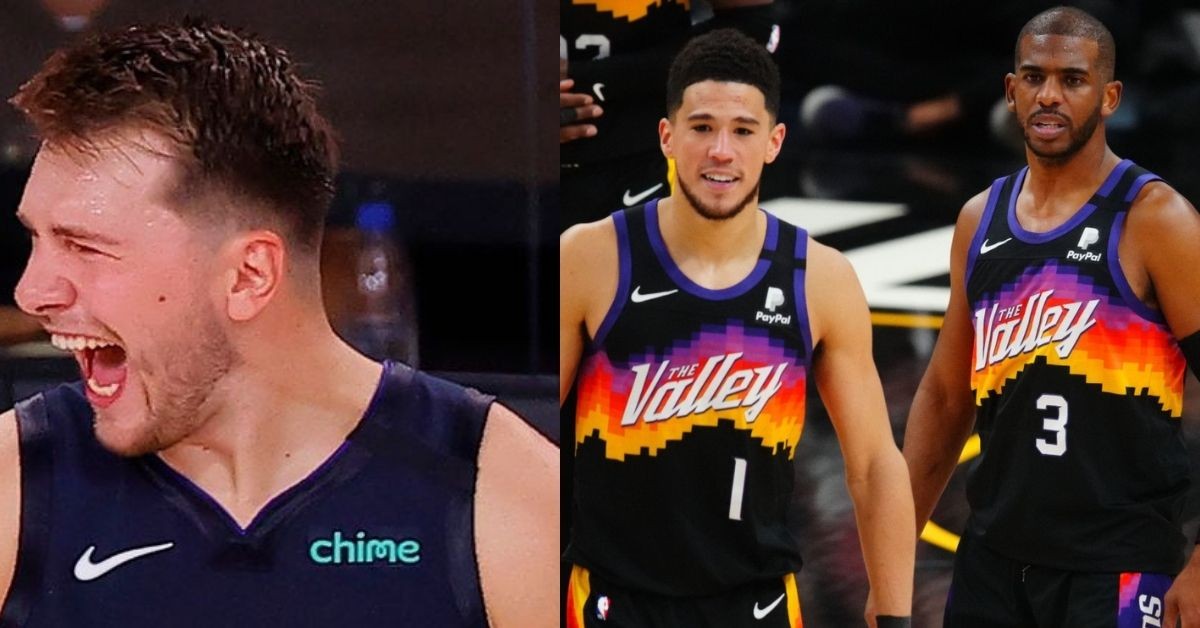 Devin Booker, Chris Paul, and the Phoenix Suns face a game 7. Luka Doncic and the Mavericks have defended home court this series and forced a game 7. There has been lots of trash talk, rough play, and seemingly bad blood in this series.

Devin Booker especially has taken an active part in trash-talking Luka Doncic. He has done so this entire series. This is despite Luka being the undisputed best player in this series. However, Luka has responded to this onslaught with stellar play.

Luka Doncic is 48 minutes away from eliminating the conference champions

The Mavs-Suns series has been electric so far. The Suns took an early 2-0 lead in this series. Jae Crowder, Deandre Ayton, and many Suns players roughed up Luka and dominated the Mavericks. Additionally, Booker mocked Luka and accused him of flopping.

The Suns made a big mistake waking Luka Doncic and the Mavs up. 😳 pic.twitter.com/VKqMJjSpQq

Devin Booker has Chris Paul, the flop master if you will, on his team. Many NBA analysts expected the Suns to sweep the Mavs, or at least win in 5 games. However, this prediction did not come to fruition.

Luka responded to this early deficit by helping the Mavs win games 3 and 4. This made the series a best of 3. Cp3, Dbook, and the Suns took game 5. They had a chance to end the series in game 6. However, Luka took game 6 and absolutely demolished the Suns.

Luka scored 33 points 11 rebounds and 8 assists. He was extremely impactful on the floor. The Dallas Mavericks were able to outscore the Phoenix Suns in every quarter of game 6. The most eye-boggling stat is that the Mavs had only 6 turnovers. The Suns had 22.

Therefore, Luka was able to do the improbable. He won game 6 with the final score of 113-86. He was also incredibly aggressive on the other end of the floor and had 4 steals.

By doing all of this, Luka has managed to force a game 7 after being down 2-0. This is a feat similar to the one Giannis Antetokounmpo and the Milwaukee Bucks did last year to beat the Brooklyn Nets.

Luka now faces pressure equivalent to what Giannis did. He will have to close this series out on the road. However, in the end, one thing is almost certain. Booker and cp3 did not sign up for a fight that goes down to a game 7 when they decided to trash talk Luka Doncic.