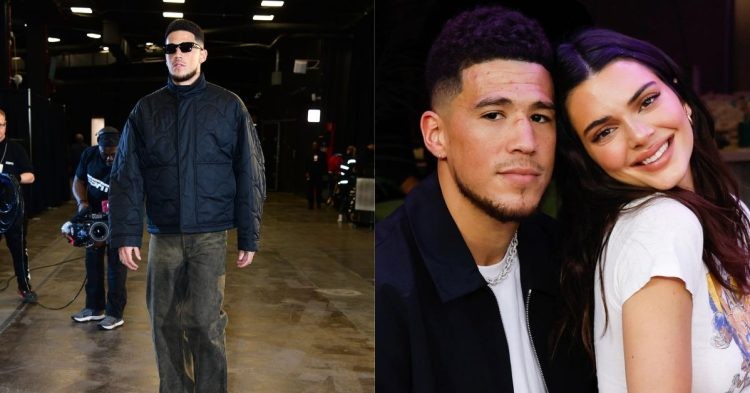 Devin Booker and Kendall Jenner’s relationship was one of the most high-profile relationships in the NBA. The two of them didn’t care about the media and would frequently be clicked together. They had been holding out amazingly well for the past two years. But, then one fine day reports of their breakup broke the internet and the memes followed. Here’s one.

Now, according to reports the two of them haven’t split because of romantic or emotional reasons. No, from what the internet has been reporting Devin Booker and Kendall Jenner have split up to focus on their respective careers. And, if you think about it, there is nothing wrong with that. Booker with the Suns is in the best situation that he has ever been in and only wants to win a championship at this point in his career.

Kendall Jenner on the other hand has multiple business ventures that need her utmost care and attention. So, in the long run, the two of them breaking up could have some very positive outcomes.

For how long Devin Booker and Kendall Jenner were in a relationship?

According to TMZ, Devin Booker and Kendall Jenner have been together since early 2020, after the two of them grew very close while they were in quarantine. Despite that, it wasn’t till Valentine’s day in 2021 that both of them decided to go public with their relationship. Before the report that came recently, there was another report in June claiming that the two of them had split up.

Devin Booker and Kendall Jenner are no longer dating, per @TMZ_Sports pic.twitter.com/gmhS2DP5u5

So, throughout everything they have spent the better part of 2 years with each other. Devin is one of the best basketball players in the league and will surely land on his feet and continue to dominate like he always has. Since Kendall is a part of the Kardashian family we are sure that we will hear about her more often than not. Both of them are still very young and very successful individuals so this shouldn’t be something that hinders their life a whole lot.