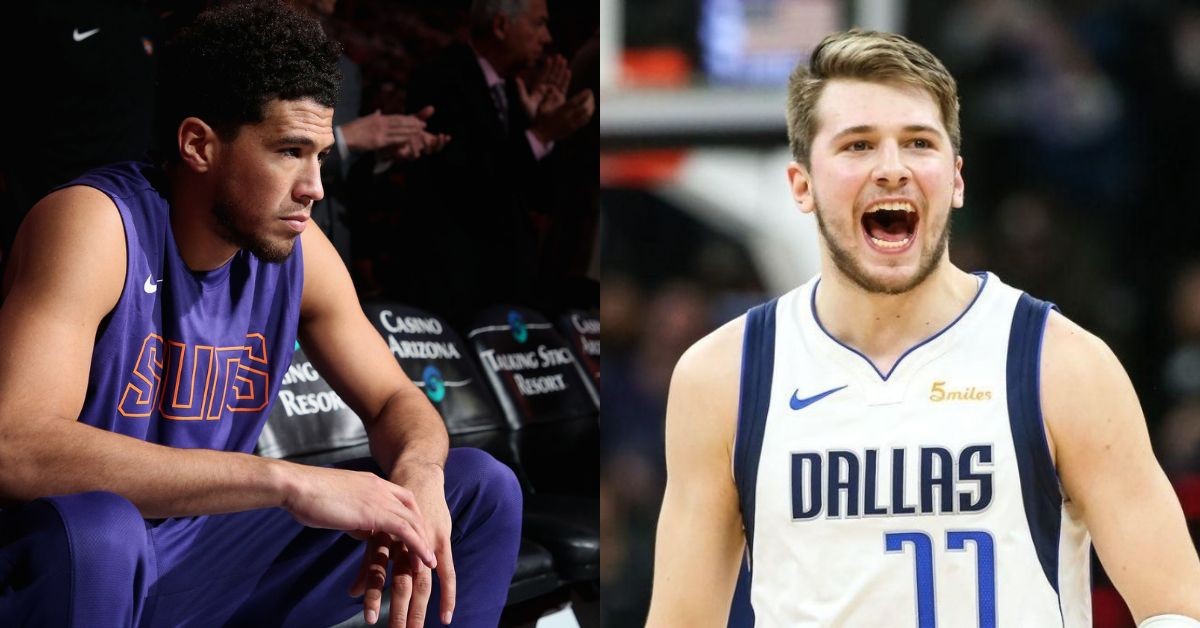 Devin Booker and the Phoenix Suns lost game 3 to Luka Doncic and the Dallas Mavericks. This was despite being a strong favorite and going into this game with a 2-0. The Dallas Mavericks now have hope and the series looks alive again at 2-1. Booker discussed the challenges the Mavericks posed after game 3 in the post-game interview.

Chris Paul, Devin Booker, and the rest of the Phoenix Suns roster held an impressive 68 win and 18 loss record. This gave them the 1st seed in the Western Conference. They began the season at the top of the table. They finished the season the same.

The Dallas Mavericks had not beaten the Phoenix Suns for 11 games before this victory. Essentially, since CP3 joined the suns. Luka Doncic never had a second player step up with him during their matchups. Luka showed more skill and talent than any other player on the court. However, the Suns were always the better team as a whole.

The Suns took a 2-0 lead by defending home court and dominating the Mavs. However, due to sub-par games from both Booker and Cp3, the Mavs took game 3. Additionally, they had help from Jalen Brunson, who rose to the occasion and scored 28 points, 5 assists, and 4 rebounds.

Booker opened up about the shortcomings after the game

Devin Booker is the star of the Suns. Therefore, he was the first to take responsibility for the way his team played, “ It wasn’t like us, you can credit them, they came out and played hard, played desperately”. D’book went on to acknowledge that they have a series on their hands. He also mentioned that offensive rebounding from the Mavs and turnovers from his team’s end decided the game.

Another aspect worth mentioning is that the Phoenix Suns’ interior defense was very weak in this game.  DeAndre Ayton scored 11 rebounds but only 16 pts and nom assists. The Mavericks outscored and dominated the Suns in the paint from 50 to 32. This was another reason the Mavs got this one.

As Booker said, “we have a series on our hands“. Luka and the Mavs will now have to play extremely high-level basketball to stun the Suns for two games in a row and even the series. If they fail to do so, they fall into a 3-1 deficit hole, one that they will not survive through.