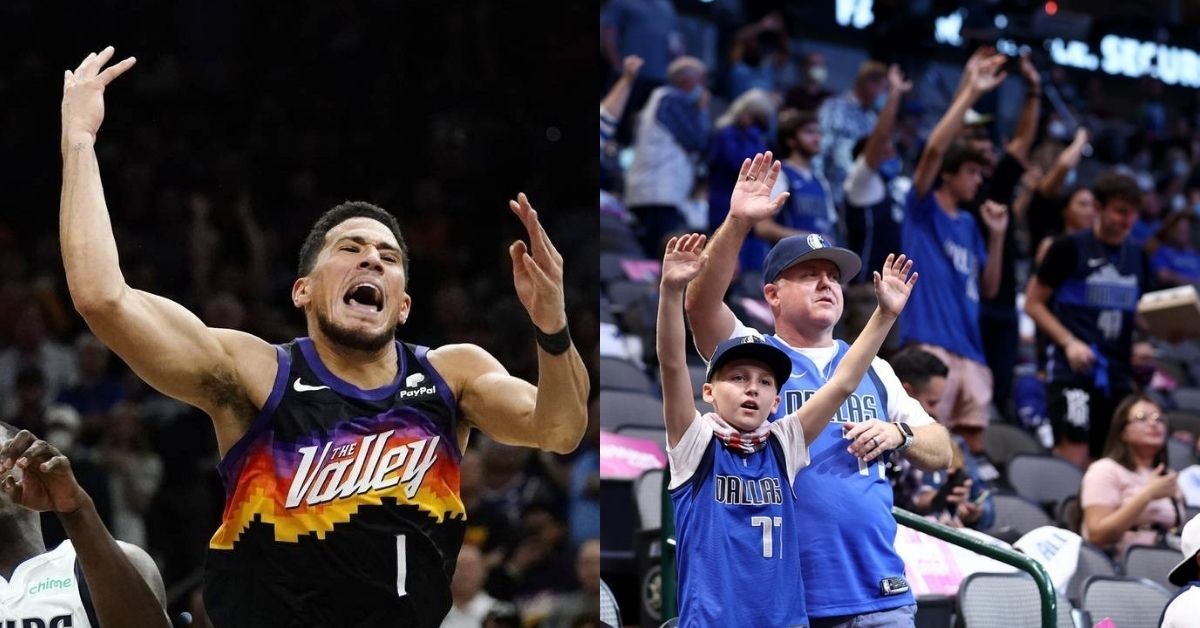 The Phoenix Suns are the number 1 team in the NBA this season. With 64 wins to their name, they broke a franchise record. With numbers like that they are number one to make the NBA finals. Yet here they are in a game 7 situation against the 4th seed and Dallas fans are rubbing that in the face of Devin Booker.

In the NBA playoffs, everything is quadrupled. There is more energy in the crowd, more intensity on the court, better plays, and a lot more trolling. The home crowd gets a lot more hostile seeing their team in a situation like this and trying everything they can to get into the heads of the players.

The Dallas Mavericks beat the Phoenix Suns in game 6 with a final score of 113-86. Denver pulled ahead in the 2nd quarter when they scored 32 points and limited Phoenix to just 20. Luka scored 33 points with 11 rebounds and 8 assists. He leads the league in playoff points per game this season and is 2nd all-time.

He has surpassed Devin Booker even though he’s played fewer seasons in the league. But in this series, he’s still seen as the direct competitor to Luka.

One Dallas fan, at the end of game 6, kept a picture of Devin Booker flopping on their phone. When Devin Booker walked toward the tunnels, he saw the picture and could do nothing but laugh. But it was clear that Booker is enjoying the competitiveness of being in a playoff series this intense.

“It’s the greatest two words in sports. I’ve been watching them since a kid and you know in my short playoff stint that I have had I’ve never got the opportunity to be in one. So I am excited to feel the energy, I’m excited, you know, to be a part of it.”

A lot of players get a kick out of the competition they feel in the crowd. And it is safe to assume that Devin Booker is a part of that squad. Will Devin Booker use the push to win in game 7?