“Did You Ever Miss a Mid-Range Shot?”- Luka Doncic Marvels at DeMar DeRozan’s Accuracy From Mid-Range 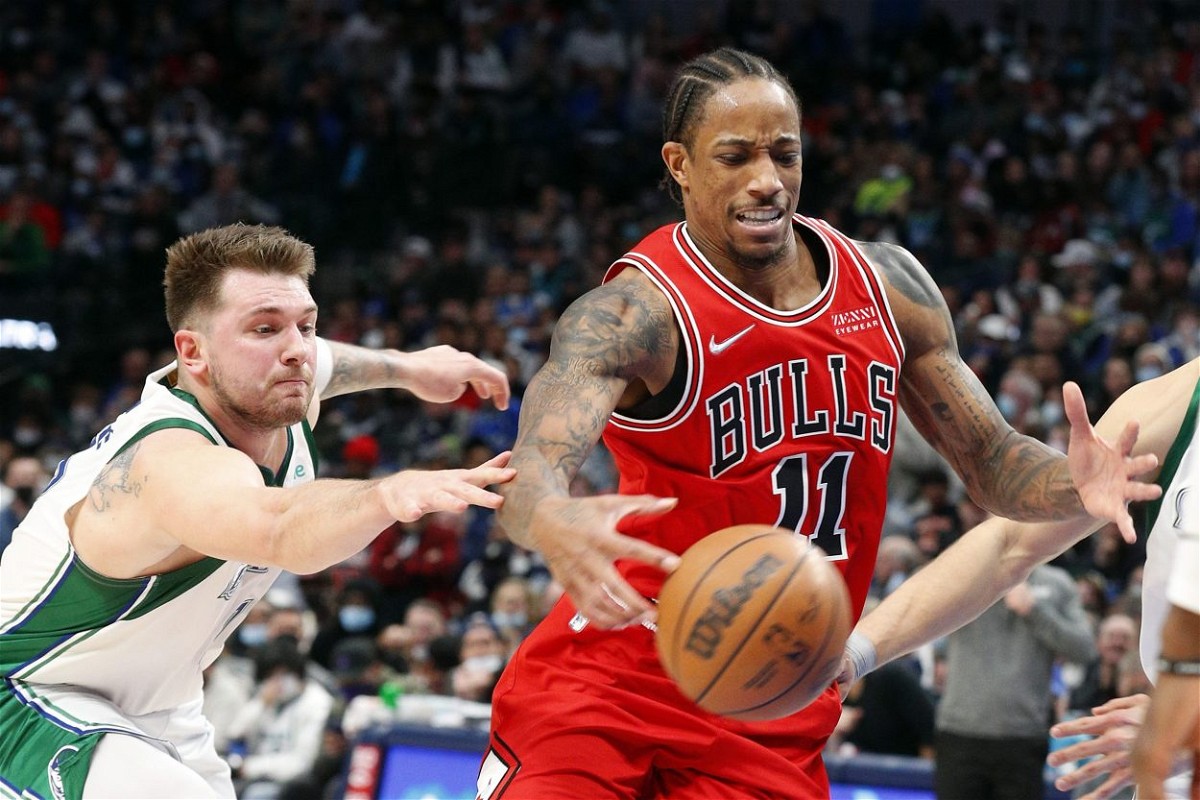 The All-Star weekend is a great exhibition for NBA fans. It gathers the biggest names in the basketball world on a single court and pits them against each other. Aside from leaving us with some timeless moments from the All-Star Game, the weekend yields great entertainment otherwise too. One such moment came this past weekend between Luka Doncic and DeMar DeRozan.

DeMar DeRozan was selected as a starter from the Eastern Conference and Luka Doncic was first on the list of reserves from the West. However, they both teamed up under Team LeBron’s colors after some astute drafting by LeBron James.

DeRozan scored 10 points and had 5 assists and 4 rebounds in the game against Team Durant. Likewise, Luka Doncic scored 8 points and assisted thrice to help Team LeBron stay undefeated in All-Star games since the format change.

Sharing a light moment during the practice session, Luka Doncic enquired about DeRozan’s midrange shot, “Did you ever miss a mid-range shot?”.

The Chicago Bulls player humbly responded, “Nah, I gotta get more.”. Luka prodded further, “Did you ever miss in your life?”. DeRozan promptly replied with, “Sometimes, sometimes.”.

Doncic concluded with an awestruck rhetorical question, “19 out of 20 you make? In a game?”.

Luka doesn’t believe that DeMar has ever missed a midrange shot ???? pic.twitter.com/xwIBEUkiaR

Luka Doncic’s curiosity is not unfounded. DeMar DeRozan is indeed a prolific shooter inside the paint. And true to the legacy of Michael Jordan, the greatest player to play for the Chicago Bulls, DeRozan pays homage to him by consistently draining his 2-pointers.

Although not as exaggerated as Luka’s claims, DeRozan’s accuracy is one of the highest in the league. In 18.1 2-pointers attempted per game, Deebo is shooting at 53.5% accuracy inside the paint.

The NBA world is watching on as DeRozan leads the Chicago Bulls back to playoffs and hopefully, to playoff glory.