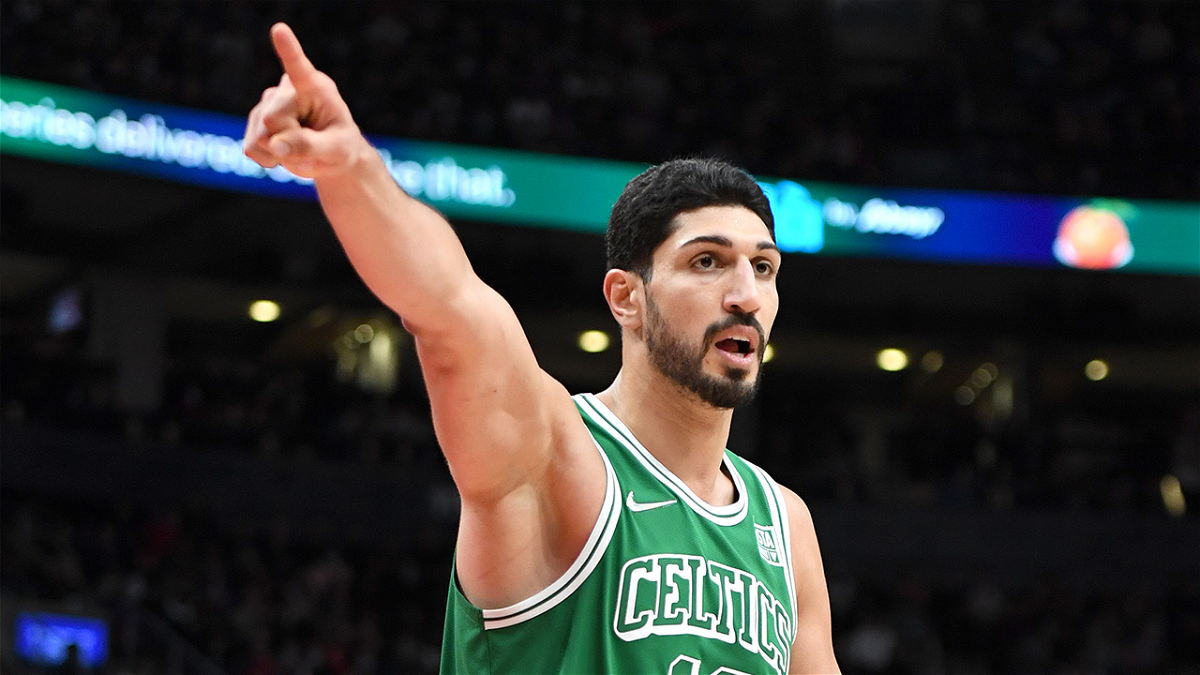 Enes Kanter Freedom, formerly only Enes Kanter has not played an NBA game since the 8th of February, 2022. The center has played for 5 teams since entering the league back in 2011 and has been part of 6. However, he did not even make an appearance for his latest team, the Houston Rockets.

Freedom signed a one-year, worth $2.7 million veteran’s minimum contact with the Boston Celtics before the 2021-22 season commenced. He turned out for them a total of 35 times this season, with a paltry average of 11.7 minutes a game. An all-time low usage rate for the 29-year old, even lower than his rookie year at 13.2 minutes per game.

On February 10th, he was traded to the Houston Rockets as part of the deal that saw Daniel Theis go to Boston. 4 days later, the Rockets waived Enes Freedom with immediate effect. Enes believes his activism and strong opinions are the reason behind him not landing a spot in any other team.

Enes Freedom believes he is being blackballed by the NBA

Both these moves from the Turkish government came on the back of Freedom’s criticism of President Recep Tayyip Erdogan. Subsequently, the estranged player became an American citizen on November 29, 2021. He also legally changed his name to Enes Kanter Freedom at the same time to commemorate the occasion.

In a recent interview with the New York Times, Freedom opined on his absence from the NBA.

“It doesn’t take a rocket scientist to realize why I got little playing time and was released. But it does take people with a conscience to speak out and say it’s not right.”

Enes feels strongly about his beliefs, his country, and likewise his playing time. And he makes a serious case to not be excluded or disregarded by teams on the basis of foreseeable backlash over his activism.