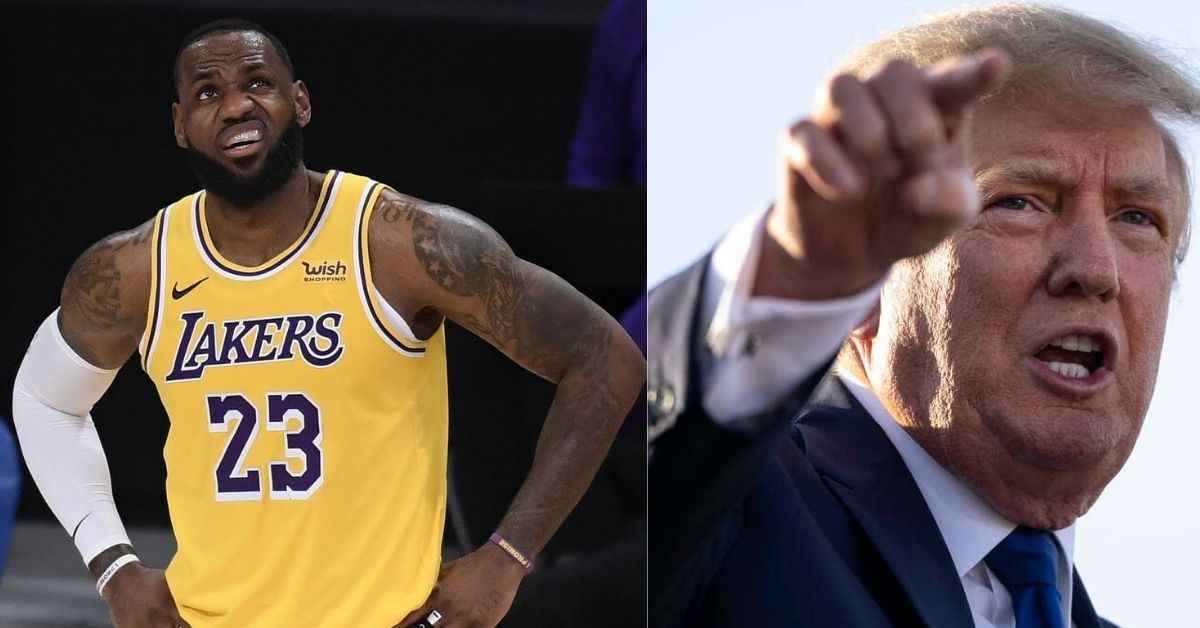 LeBron James has been the subject of media scrutiny for as long as you can remember. A highly-coveted draft prospect, the media hounded him to no end. Subsequently, over the course of his lengthy career, he has been asked thousands of questions by the press and fans alike. However, no question can top the weirdness of this latest question.

And the question came from none other than the 45th President of the United States, Donald Trump. Trump was on a visit to Nebraska as part of his ‘Save America’ rally tour. Simultaneously he was also campaigning for a Republican gubernatorial candidate when he strayed from the agenda.

After the usual attacks on Biden, Trump brought up transgender athletes. In the wake of swimmer Lia Thomas’s controversial success, this particular topic has been a divisive debate across the world. But Trump had a very odd spin on the topic, as he roleplayed a coach on the stage and fantasized about his own team.

“LeBron, did you ever have thoughts about going woman? Because if you did, I’d love to have you on my basketball team.”

– Donald Trump speaks on LeBron at a recent rally

“I’ll say this to LeBron James who I don’t like very much.”, began Trump. And after making his hate for LeBron explicit, he continued, “LeBron, did you ever have thoughts about going woman? Because if you did I’d love to have you on my basketball team.”

As difficult as it is to understand what exactly the former president meant by that, it is not new for him to take a dig at James. The 4-time MVP however has remained silent amidst the onslaught from Donald Trump and will likely continue in the same vein.

His focus will remain on recovering from the dismal season with the Lakers and getting back on top of the league next season.