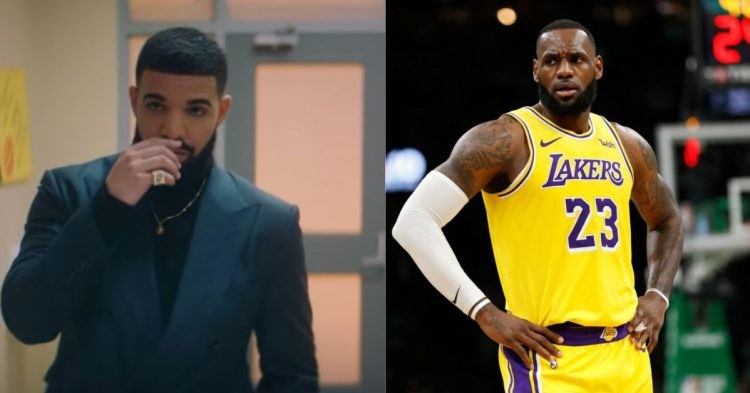 We are all familiar with LeBron James and his accomplishments in the NBA. He is a 4x NBA champion and has made the NBA Finals 10 times in his career. King James is under scrutiny as he and word famous rapper Drake are being sued for the intellectual property theft of a film documentary.

This is quite a scandalous accusation and could hurt LeBron’s reputation as a businessman and off the court. It is important to understand the context of these accusations and the information we have so far. $10 million may not seem like a lot to a billionaire in King James. However, that does not mean he should pay up if he is in the wrong. We need to take a closer look at the situation.

A lawsuit has been filed at the New York State Supreme Court over the rights to the film adaptation. It was initially a book called “Black Ice: The last history of the colored hockey league of the Maritimes.” As you can probably tell from the name, it is about black athletes in the ice-hockey profession.

We already know that LeBron is a big-time social activist and revolutionary. Therefore, it made sense for him to collaborate and produce the film adaptation alongside Drake. However, this seems to have come around to bite them in the form of this lawsuit.

A former executive for the NBA named Billy Hunter filed the lawsuit and is suing for $10 million dollars. He claims that he paid one of the writers of the book George Fosty $250,000 for exclusive worldwide rights and any audiovisual adaptation of the film.

However, LeBron’s team offered Fosty $100,000 for the already optioned rights to produce a separate documentary. Additionally, they agreed to pay 3% of the film budget in return for the rights. Hunter clearly felt wronged by this and released the following statement.

“While the defendants, LeBron James, Drake, and Maverick Carter are internationally known and renowned in their respective fields of basketball, it does not afford them the right to steal another’s intellectual property.”

These are strong accusations from Billy Hunter and we are yet to receive an official response from LeBron James’ side.