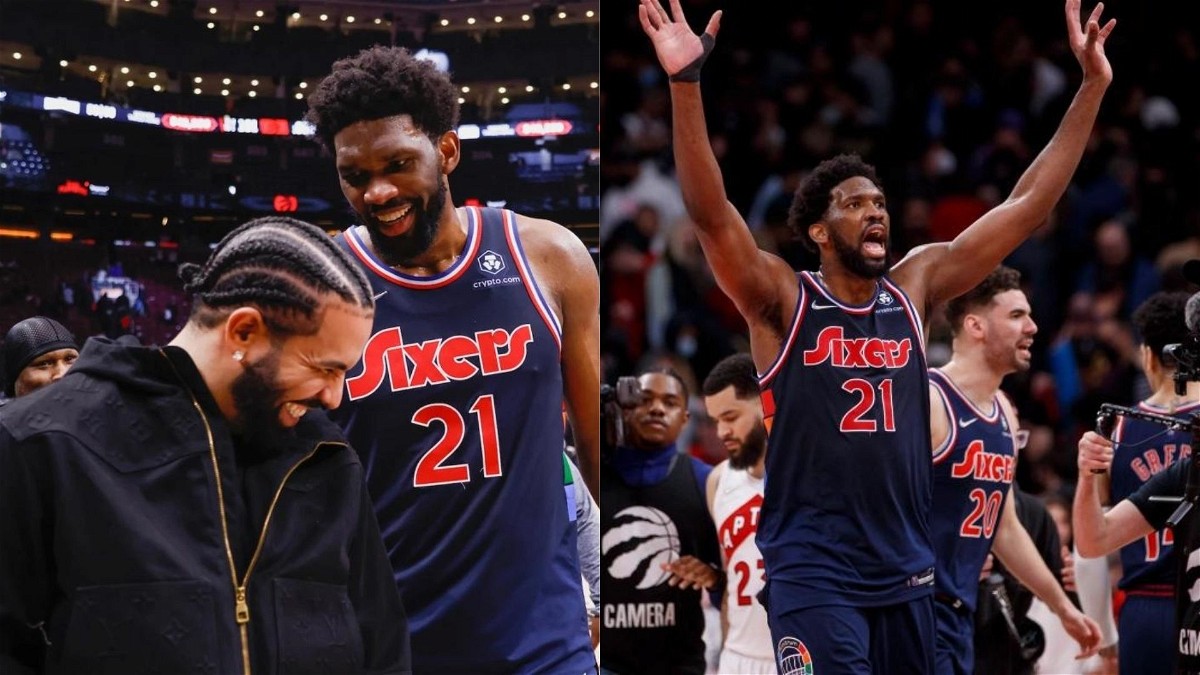 Drake is one of the biggest artists of all time. He has multiple awards and a platinum record with millions of streams on his songs. However, we also know him to be a huge basketball fan. We saw that fully on display when the Toronto Raptors won the NBA title. He is a Raptors superfan but he also has the reputation of being a bandwagon fan. It may be because of all the relations he has with players on other teams. However, one player he’s not a fan of currently is Joel Embiid.

Joel Embiid and the Philadelphia 76ers took on the Toronto Raptors in the first round of the NBA playoffs.

Drake curses Joel Embiid after they won in game 6

Joel Embiid had one of the greatest seasons in his career. He finished 2nd in the MVP voting for the 2nd time in a row. However, he was still considered the favorite to win the East. The 76ers were part of a season-long drama that resulted in them being able to finally trade away Ben Simmons for James Harden.

It looks like they did the right thing because Ben Simmons never played a game for Brooklyn but Harden scored 22 points and dished out 15 assists in the Game 6 win over Toronto. Philadelphia had a 3-0 lead over the Kings of the North and were looking to take revenge for what Kawhi did to them. However, Toronto won 2 games in a row and there was a lot of pressure on the 76ers and coach Doc Rivers.

But Joel Embiid pulled through in closeout game 6 by scoring 33 points and demolishing the Raptors with a 35 point win. No one on the Raptors could stop the flaming hot team effort from the 76ers. After the game, Toronto superfan Drake was having a word with the man that destroyed his team’s title hopes.

“Now you’re about to get swept by Miami.”

Drake tells Joel Embiid that he’s about to get swept by the Heat ????

Drake was not happy with what unfolded and made a bold prediction on the face of Joel Embiid. Both these guys have been trash talking the whole series but Joel got the last laugh. The Miami Heat are the best team in the East and this will be one of the toughest series for the 76ers on their way to the NBA finals.

Will Drake’s prophesy come true? Or will Joel Embiid destroy Drake once again?