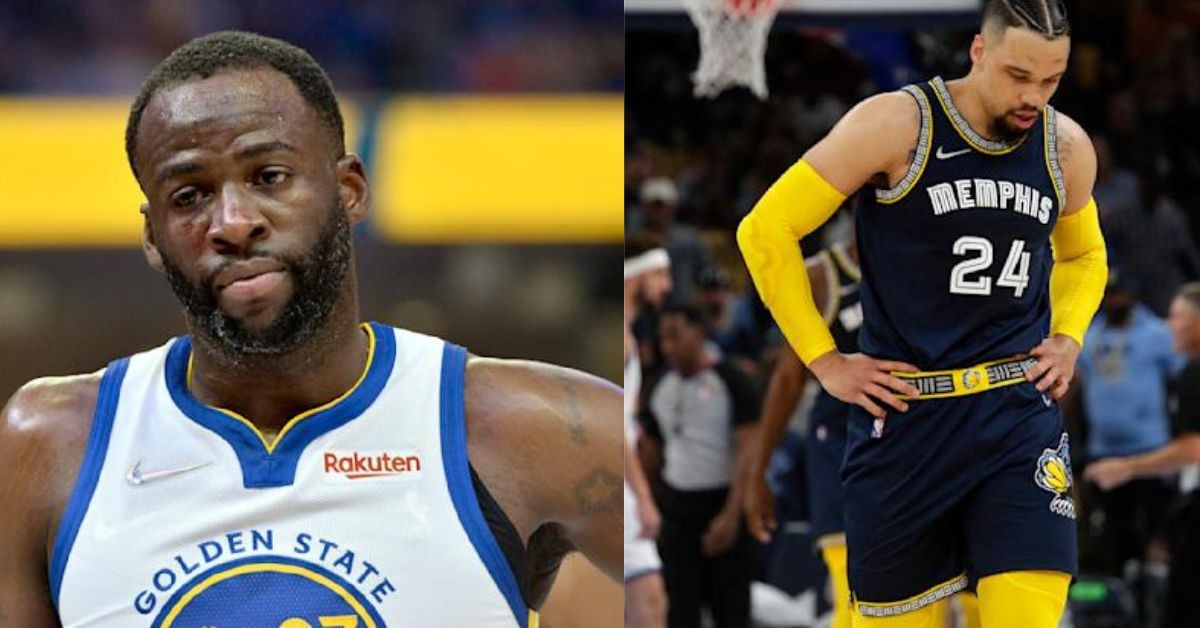 The Memphis Grizzlies vs Golden State Warriors series has been very physical. 2 games in and there have 2 direct ejections handed out. The most recent one came early doors in game 2 with Dillon Brooks’ foul on Gary Payton II. Draymond Green, on a recent podcast, revealed that desperation was the reason Dillon Brooks committed said foul.

In game 1 of the Western Conference semi-finals, the Golden State Warriors took the win by just 1 point. Yet there was a lot of criticism against the officiating in game 1. That was because Draymond Green got called for a flagrant 2 in a situation that deserved a flagrant 1 at max. Being on the other side, Green could understand what was going through his mind of Brooks in game 2.

Draymond Green has been EJECTED with a flagrant 2.

Pathetic. Utterly embarrassing how you get throw out for this. Refs continue to dictate outcomes of pivotal games. Sad.

Golden State Warriors stole game 1 from Memphis and put all the pressure on the Grizzlies. Losing a game at home to a team as good as and as experienced as the Warriors is not something you’d want to give up. The reason people pick the Warriors in predictions is because of how much more championship experience they have over the young Grizzlies.

In the first quarter of Game 2, with 9:10 left in the quarter, Memphis was up 8-0 on the Grizzlies. Draymond Green made the pass to Gary Payton on the fast break for an easy layup. But Dillon Brook’s clotheslines GP and the latter took to the floor. It was counted as a Flagrant 2 and led to an instant ejection for Brooks.

But desperation forces different outcomes from different people. Devin Brooks crumbled under the pressure while Ja Morant rose to the occasion. This is what Draymond Green thought was the reason for Dillon Brooks’ foul.

However, the desperation worked for the Grizzlies. Not only did Ja Morant have an elite game but also tied the series going to GSW. Will the Grizzlies be able to continue to play like this?

For how many games is Dillon Brooks suspended?

The Memphis Grizzlies started Game 2 on an 8-0 run. Gary Payton lept up to try and give the Warriors their first points when Dillon Brooks committed a hard foul on him. He immediately fell to the floor and grabbed his elbow. The referees called him for a flagrant 2 and ejected him from the game.

It was very similar to what happened in Game 1 but to the Warriors. However, this time around Brooks actually deserved the ejection. GP II left the game never to return. The NBA later gave Dillon Brooks a one-game suspension after the severity of Gary’s injury came to light. The Grizzlies forward will return in Game 4 at Chase Center.

When will Gary Payton II return to the NBA Playoffs?

The Glove’s son has endured far too much in the past few seasons to be in this position. He was waived right before the season but the Warriors’ front office decided to give him another chance. He more than redeemed himself with defensive excellence each night in the regular season. In addition, he earned himself a spot on the starting lineup as well.

An MRI after the game revealed a fractured left elbow which will keep him out for at least a few weeks. He will be re-evaluated this month and most likely return before the end of the Western Conference Finals if the Warriors make it to that level.