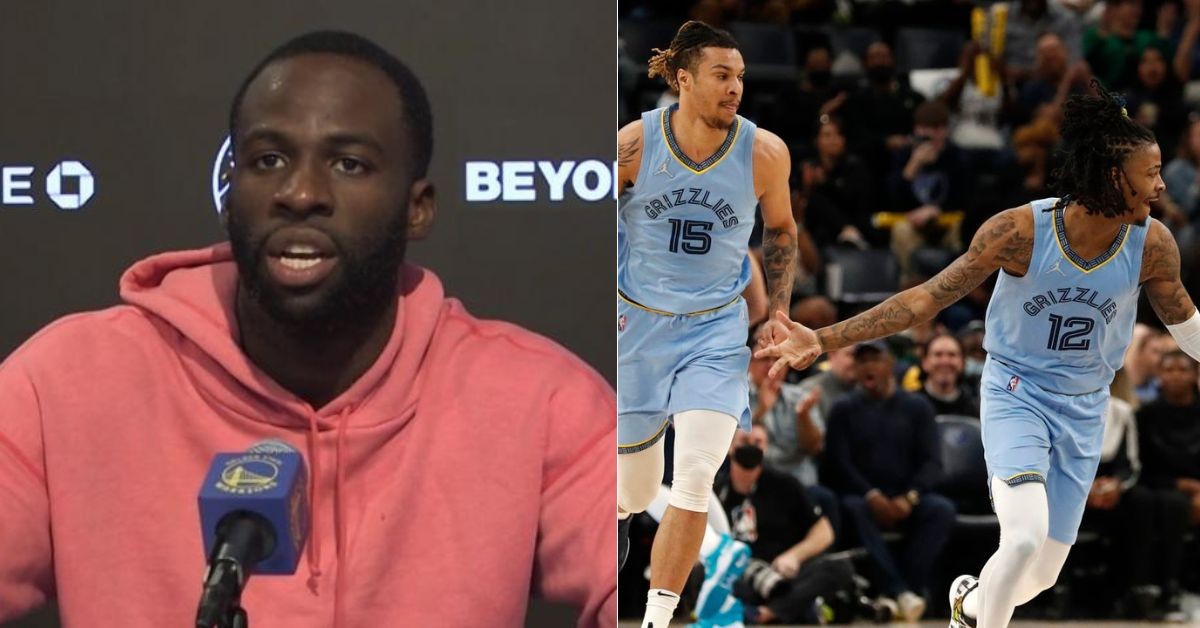 Draymond Green, Stephen Curry, and the Golden State Warriors host the Memphis Grizzlies for games 3 and 4 of the second round. The Warriors won game 1. However, they lost game 2 due to Ja Morant going off for 47 PTS. As the series shifts venue, Draymond explains in his podcast called ” The Draymond Green show” what the warriors have to do to win game 3 and take control of the series.

Draymond has been a source of entertainment and amusement through his podcasts. However, he also shares deep insights into the game of basketball. Draymond conducted his podcast despite having a significant injury to his eye socket. In the most recent episode, he speaks about his confidence in the Warriors heading into game 3.

Draymond actually has a very high basketball IQ. He has been in this league since 2012 and has spent a decade competing with the best talent in the league. He knows what it means for a team to have championship aspirations and actually follow through. Draymond and Stephen Curry won 3 championships and went to 5 NBA Finals.

Draymond did not actually say for certain that the Warriors would win no matter what. Instead, he explained what they did wrong in game 2 and how they can prevent that heading into game 3. He also gave props to the Memphis Grizzlies and Ja Morant for putting on a show in this series.

Draymond first explains how turnovers were the reasons they lost game 2. The Warriors utilize ball movement but trying fancy, careless possessions against an athletic young team like the Memphis Grizzlies would obviously be a disaster.

Draymond broke down what went wrong for GSW in game 2

The Golden State Warriors had 18 turnovers in game 2. However, the Grizzlies had only 12. Draymond believes this aspect was a turning juncture that must not be repeated in game 3.

Green then explains how the role players for the Grizzlies were knocking down timely and important three-pointers. He mentions Zaire Williams who finished the night with 14 PTS and how his points came at required moments for the Grizzlies.

Draymond also mentioned that it was highly unlikely that the Memphis young players would be able to knock down those same shots on the road for their team. Especially in an arena with a hostile playoff environment, Green believed that the help from the bench and the roleplayers for the Grizzlies will not be the same in game 3.

Finally, Draymond spoke about shot turnovers. A term that is not well known or used. it refers to bad shots or offensive possessions by the Warriors. These possessions led to the Grizzlies pushing the ball up the floor, almost like a real turnover. He explained how the Warriors had nearly 20 of those as well on top of regular turnovers.

Draymond believes that Stephen Curry and the rest of his teammates are in a  good spot. They have already taken one game on the road as they hope to defend home court in games 3 and 4.