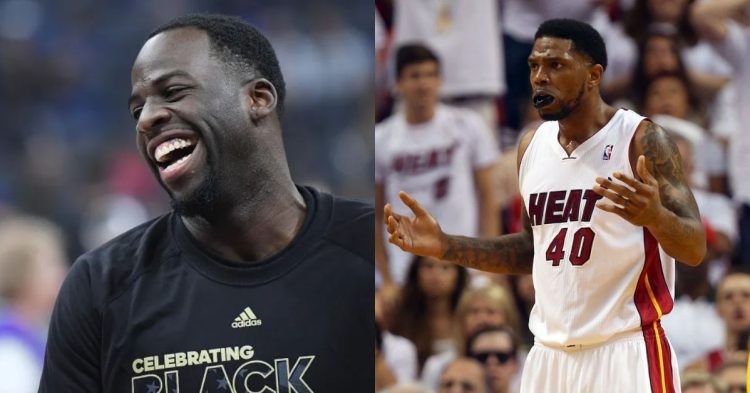 The Miami Heat finished the regular season as the best team in the Eastern Conference. They climbed to the conference finals and met the Boston Celtics. Boston showed tenacity and a killer mentality to take the Heat to 7 games and beat them. Draymond Green predicted this and is now gloating over his prediction.

The Miami Heat culture is one of the best things about Miami. They play with heart and take everything personally to motivate themselves. They lost a couple of years ago to LA in the NBA finals and they wanted to make up for it this year. Their roster fell exactly into place and made them real contenders once again.

After game 5 of the Eastern Conference finals, the Boston Celtics led the series 3-2. At the same time, the Warriors beat the Dallas Mavericks to find their way to the NBA finals. Draymond Green was asked by Shaq who he believed they would play in the NBA finals. Green said with his chest that they will be playing Boston. And in another interview, he explained why.

Dray thinks the Warriors will face the Celtics in the Finals pic.twitter.com/inNeblMdjF

“Their defense is absolutely incredible, they have a good offense but more importantly on offense they have a ‘guy’. Jaylen Brown is absolutely, you know, a very good player but Jayson Tatum is one of the ‘guys’… You couple that with all those pieces around him, the defense around him, they have veteran leadership…Going into that series, Miami was hobbled and I just didn’t feel they would be able to score enough points.”

Draymond Green on the Celtics and the reasoning for his belief that they’d beat the Heat even before the series ended pic.twitter.com/PHjBcwf4R9

The Heat took that as an insult and rubbed it in his face after they won game 6. They got cocky which doubled up what they got back as they lost game 7 because ‘they did not score enough points.’ Heat veteran Udonis Haslem was the most hurt from all of this.

“Draymond broke the code. You ain’t supposed to say some s**t like that. That’s disrespectful. He know better than that.”

And Draymond did know better by backing the Celtics and he made that known. He used this to further make his basketball IQ credible by saying he knows a ‘little bit’ about basketball himself. The very subtle gloat that Miami will certainly not appreciate.