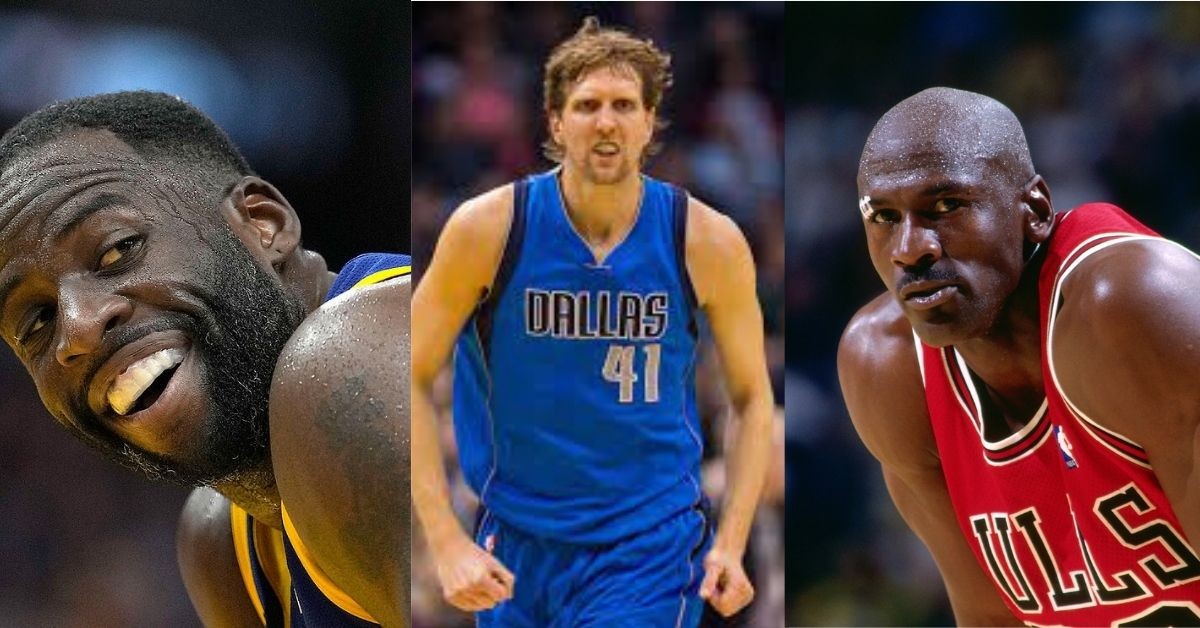 Draymond Green and the Golden State Warriors face Luka Doncic and the Dallas Mavericks in the Western Conference Finals. Green surpassed Michael Jordan and Dirk Nowitzki for most three-pointers made in the postseason during Game 2 of the 2021-2022 NBA Playoffs.

Draymond plays a very different game compared to Jordan and Dirk. He is arguably on the bottom side of three-point shooting talent on the Golden State Warriors. Therefore, one must wonder how Draymond (150) was able to surpass both Jordan(148) and Dirk(149) in this particular milestone.

Michael Jordan is perhaps, the greatest player of all time. However, the era in which he played barely incorporated the three-pointer. Almost all of Jordans’s iconic shots have been inside the three-point line. This was because the three-pointer was considered an ill-advised shot and Jordan never took many of those.

Dirk was more of a long-distance shooter than Jordan. He is definitely a better shooter than Draymond. However, he was the sole star of the Dallas Mavericks. They won made one NBA final and he was always guarded intensely by his opponents.

It is the exact opposite for Draymond. He has Stephen Curry and Klay Thompson on his team. Therefore, the majority of times he attempts a three, he is usually wide open. This is because Steph and Klay are likely to be double-teamed.

Draymond and the Warriors built a dynasty in the NBA. They managed to make the NBA Finals every year from 2015-to 2019. He was surrounded by long-distance snipers who the defenders would be pressed to guard. Neither Dirk nor Jordan were as privileged.

However, we must credit Draymond for this accomplishment. It is no simple matter to make 150 three-pointers. He is now looking to make a deep push with the Warriors in the postseason. However, He may not take many three-pointers per game. This is because Green’s true love is playing defense.