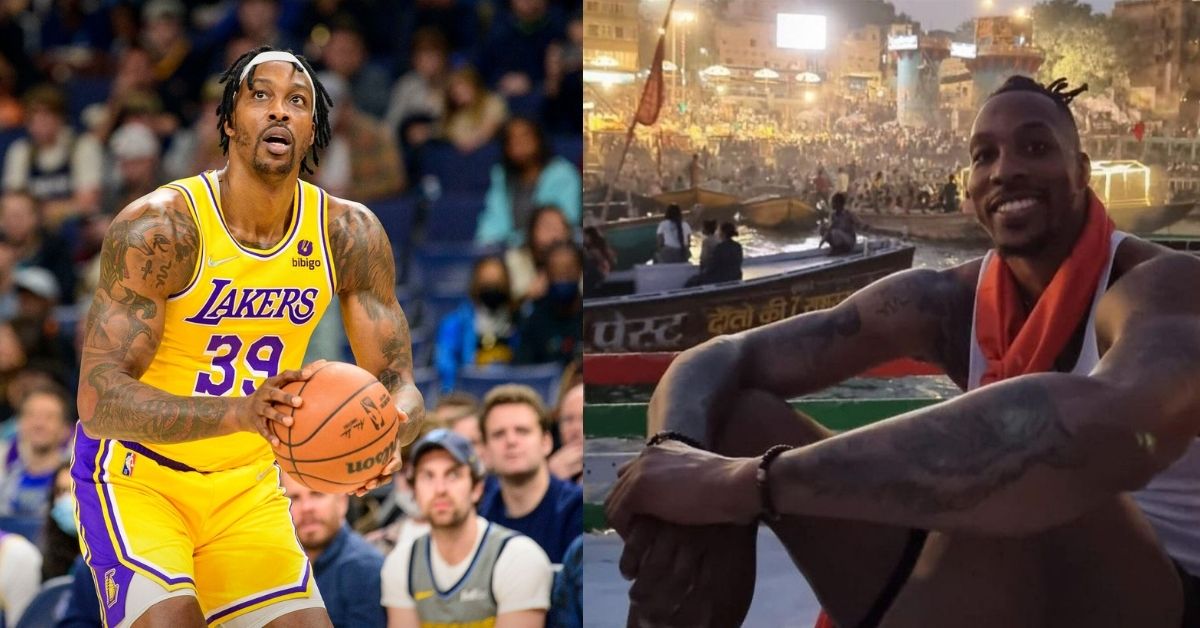 After a premature exit from the 2021-22 title contention, Dwight Howard is looking to find peace on the banks of Ganga in Kashi, India while most of his teammates are in Cancun.

The Los Angeles Lakers were arguably the most disappointing team in the NBA this season. Despite the star power, they not only lost the playoff spot but didn’t make it to the play-in tournament either. The front office fired Frank Vogel as a result, a move criticized by many in the NBA community.

In addition, injuries and covid outbreaks were used as an excuse but the roster was clearly the problem. Even with LeBron James, Russell Westbrook, and Anthony Davis in the starting lineup, the Lakers didn’t have a good record.

Is Ganga the new Cancun for Dwight Howard?

Cancun is a widely used term in the NBA whenever a team is eliminated from the playoffs or in the postseason. The Caribbean island is the perfect vacation spot for eliminated players. But the Los Angeles Lakers center Dwight Howard has chosen something completely different.

Recently he was seen in Kashi, a holy place in the Hindu religion. He was enjoying the ‘Maa Ganga Aarti’ on the shores according to a fan who captured the moment and shared it with others on Twitter.

This is Dwight Howard’s second stint with the Los Angeles Lakers. He played alongside Kobe Bryant but due to some friction, he left the team. He refused to evolve with the game as the three-point era began and as a result, his career regressed. Howard tried to find his groove back with several teams over the years. However, he had to settle for a bench role on the Lakers to contribute in any manner he could.