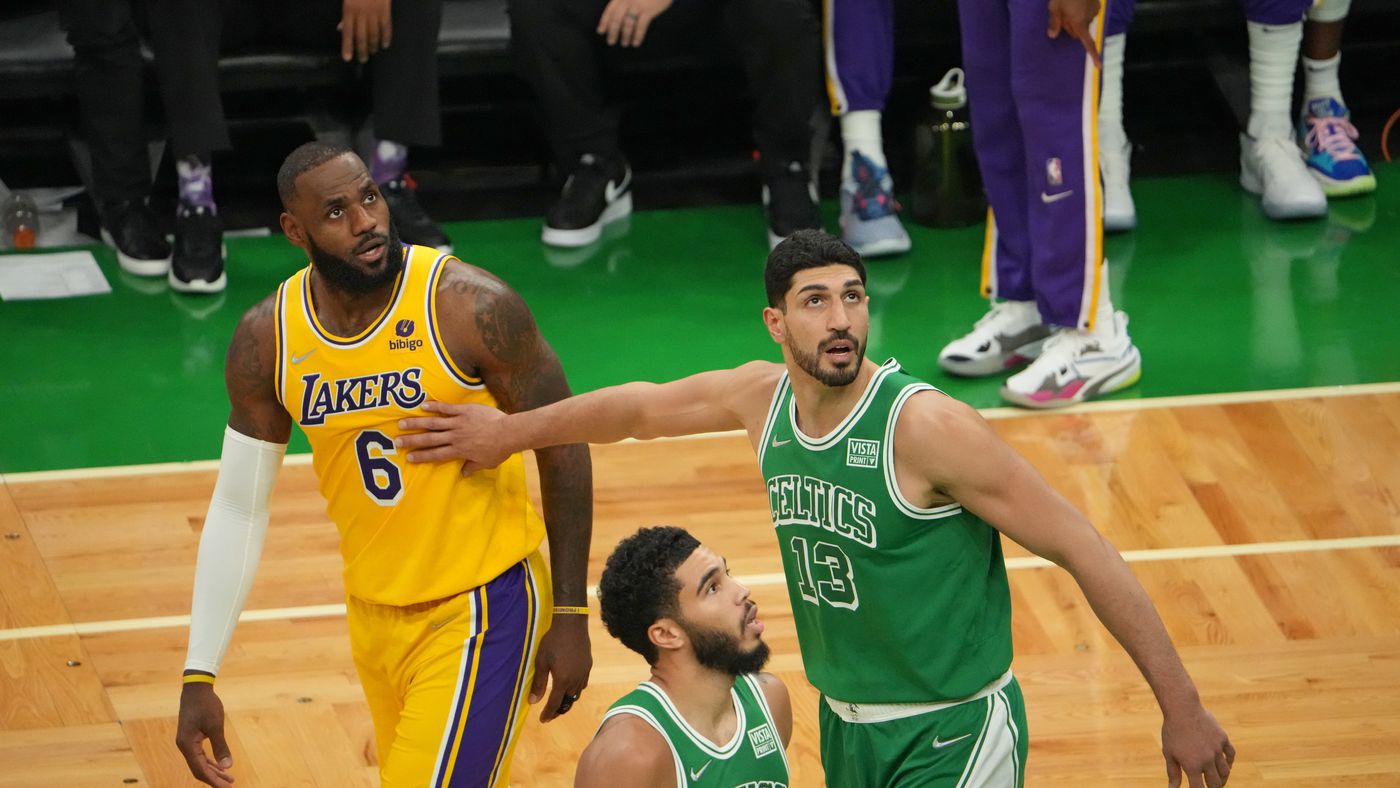 Boston Celtics‘ visit to Los Angeles had 2 important talking points, one on the court and another one off the court. On the court was for the matchup between the Celtics and the Lakers; off-court was between Enes Kanter and LeBron James‘s beef. While the on-court battle was won by the Lakers, Enes Kanter and LeBron James were seen sharing light-hearted moments despite their history.

The Lakers were leading in the 3rd quarter, and LeBron took the opportunity to have some fun with the Celtics bench and coaches. It was interesting to note that Enes Kanter was on the bench at that moment. Although Enes didn’t say anything, he laughed at LeBron’s comments, and his teammates and coaches were in on it.

LeBron joking with the Celtics bench and Enes ‘Freedom’ sits there and doesn’t say sh*t 🤣🤣 pic.twitter.com/G4CWzgc0xU

The Lakers won the match 117-102. LeBron James scored 30 points, and Russell Westbrook had a double-double. The Boston Celtics’ Jayson Tatum was the top scorer with 34 points and 8 rebounds. Enes Kanter played just 9 minutes, grabbing 3 rebounds for the Celtics.

What’s the talk between Enes Kanter and LeBron James about ?

Enes Kanter and LeBron James have played each other many times before and were seen fighting for their team and teammates. Very recently, Kanter tweeted about the forced slavery reported by the US State Department. As per the department report, “up to two million Uyghurs and other ethnic minorities have been detained in internment camps in Xinjiang since 2017.”

Kanter took this issue seriously and was very vocal about it in his post.

Money over Morals for the “King” 👑

Sad & disgusting how these athletes pretend they care about social justice

They really do “shut up & dribble” when Big Boss 🇨🇳 says so

Did you educate yourself about the slave labor that made your shoes or is that not part of your research? pic.twitter.com/YUA8rGYeoZ

In the post, Kanter criticizes James for not giving much importance to the issue. He also mentioned the influence of China on the NBA and athletes by adding a Chinese flag emoji to his post. LeBron James was asked about the social media post by Enes Kanter in the post-match interview after the 19th November match.

LeBron James gave a very casual reply. James said, “No I think if you know me, I don’t really give too many people my energy and he is definitely not someone I will give my energy to”. He further questioned Kanter’s intention to use “LeBrons’ Name” to create an opportunity for himself. Today’s fixture was 1st direct encounter between James and Kanter after both players had given their opinions.

The Los Angeles Lakers are now 6th in the Western Conference. While the Celtics now have a 13-12 record, good for 11th in the Eastern Conference. LA Lakers will face Memphis Grizzlies next on 9th Dec. The Celtics will continue with away fixtures against the Clippers on 8th Dec.