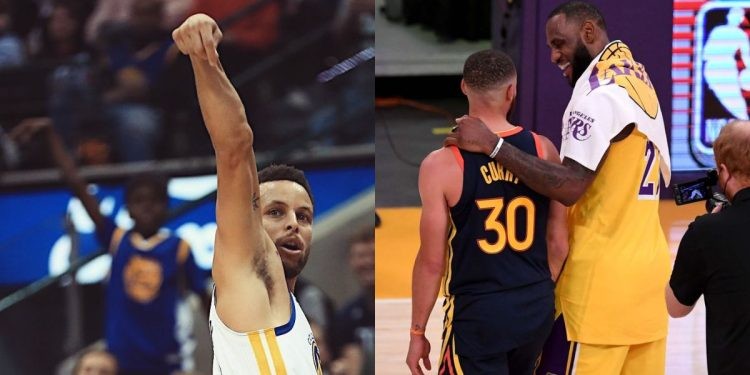 Out of the greatest players in the NBA, Stephen Curry and LeBron James are two players that have the best legacy. They have both won 4 NBA titles and have dominated the league for the past decade. On the court, they have a long-standing rivalry but off the court have a friendship. James even told Curry back in 2018 about a picture he must have framed in his house.

The best part of any sport is its fans. The way they cheer or boo can change the complete outcome of the game. Home court advantage is determined by the fans in attendance rather than where they are playing. It gives the players something to play for and the opponents something to hush down. Some fan interactions with players can change a player’s life as much as it does with a fan.

Stephen Curry became the face of the new era of basketball. A type of basketball where teams flourish with the 3-point shot. Curry’s all-time great 3-point shot with the most beautiful form and iconic follow-through is something even non-basketball fans fall in love with.

In 2018, at the peak of the Golden State Warriors dynasty, SLAM magazine noticed a fan that would copy Curry’s shooting stance to a tee from the stands. The picture said a lot more than it did. It resembled an entire generation of fans growing up in the groundwork put forth by Steph.

“That’s super dope!! @StephenCurry30 need to get those framed for sure.”

That’s super dope!! @StephenCurry30 need to get those framed for sure. https://t.co/vw3Dl9Ms0N

LeBron James was also a huge fan of those pictures and requested his rival to get those framed purely for the sentiment it upheld. It’s unclear to see if Steph ever did what LeBron asked of him but the moment is still one that is immortalized.