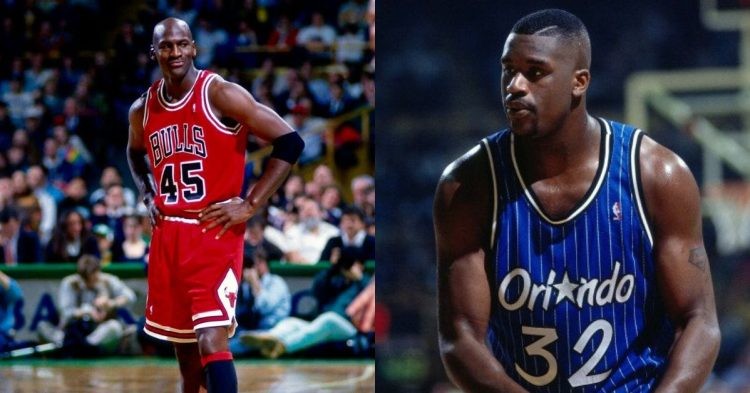 When we think of NBA royalty, the first names that pop up in our minds will either be Michael Jordan or LeBron James. Despite many claims that the LA Lakers star is the greatest, many believe the former is arguably the GOAT. The former Chicago Bulls superstar has won 6 NBA championships with the franchise.

One of the major reasons why Jordan is great in many fans’ books is because of the multiple 3-peats he achieved with the Bulls. In 1994, MJ announced to the world that he was going to be retiring from basketball at just 29 years old. He decided to retire from the sport to have a go at professional baseball.

Judging from Jordan’s standards, he returned to basketball 17 months later, after a fairly unsuccessful attempt at the sport. When he returned, he played against a new face in the NBA. That was none other than a young Shaquille O’Neal.

Earlier this year, MJ shared his experience playing against Shaq for the first time on The Ringer’s Icons Club podcast. Jordan said, “When I came back from baseball, I don’t know if I’ve ever told anyone this, I’m playing against Shaq. Shaq’s the biggest player I’ve ever seen, in terms of physicality. He was this big, massive guy when I came back from baseball, so I was somewhat intimidated.”

“I didn’t really know how to play against him. Do I go right at him? Do I stop and pull up? Blah blah blah. So I went right at him and he just knocked me straight to the floor, and then he reached down to pick me up,” His Airness added.

Shaq was playing for the Orlando Magic at the time, and was only 23 years old when he faced the greatest player of all time. Jordan also mentioned that O’Neal’s decision to help him out was surprising.

He said, “I said, ‘Naw, he didn’t mean it, he’s a nice guy’. If he’d have left me, stepped over me, a la the old school, I would’ve been somewhat intimidated. But his heart is too good. He’s not that type of guy. It took away some of the intimidation factor.”

Jordan’s may be surprising for the whole NBA world. We all know Shaq as a “killer” on the court, as he mentions often. However, it seems like he didn’t have that type of mindset against the great man himself. After all, Shaq did reveal that Jordan was the one player he did not want to trash talk to. He said, “You don’t want to mess with God.”