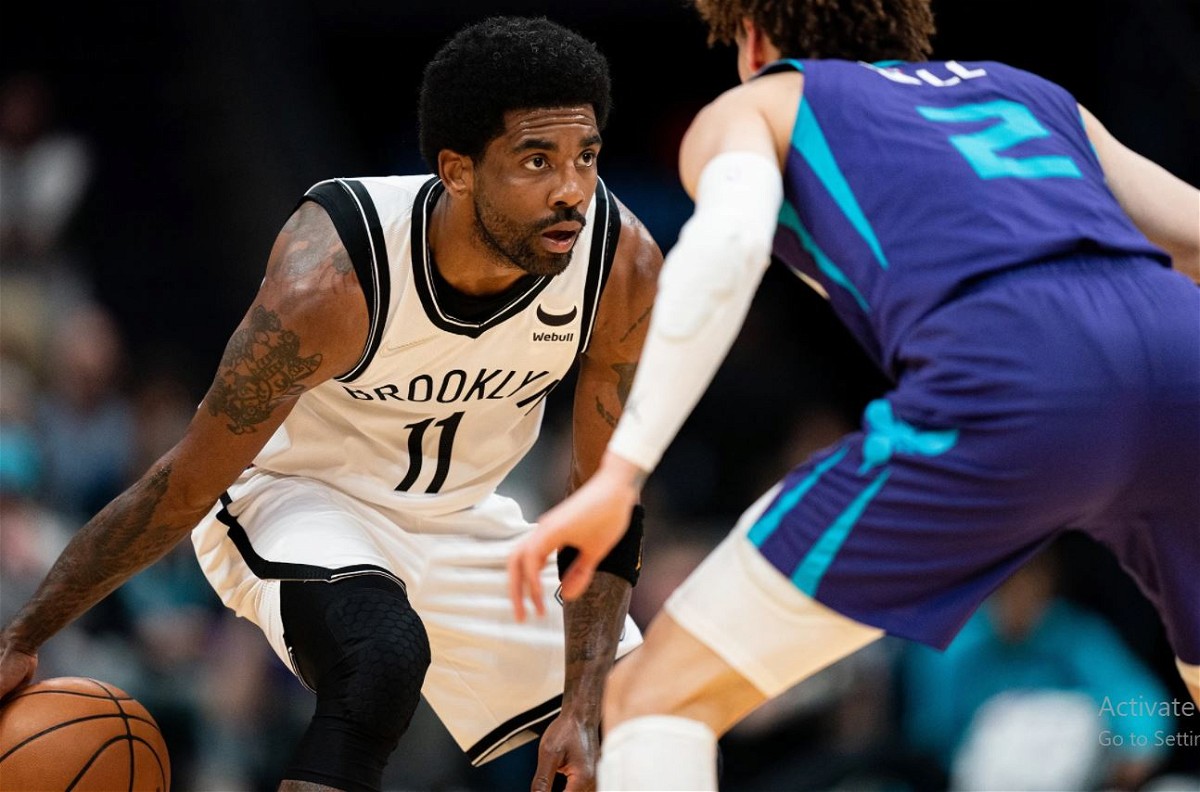 The Brooklyn Nets and Kyrie Irving welcomed the All-Star break with relief. The Nets had lost 12 of their last 14 games and found themselves in a rut that saw them fall from the top of the Eastern Conference standings to the Play-In positions. To make matters worse, their only All-Star selection, Kevin Durant was out since mid-January.

However, the Nets saw light at the end of the tunnel coming out of the All-Star break. As Kyrie Irving vowed to show the league an unprecedented vigor and passion from his team. Kyrie Irving promised results. Fortunately, the Nets were only going to be bolstered by the imminent return of their stalwart, Kevin Durant.

Unfortunately, Irving only played 2 games after the All-Star break. Against the Bucks, Kyrie led the Nets with a then season-high 38 points to an impressive win. Nonetheless, any hopes of an immediate turnaround from the Nets were stifled as they went on to lose their next 4 games. Despite the return of KD.

But in the nick of time, just as the Nets were losing any shred of hope, Kyrie Irving returned to come good on his promise.

The Brooklyn Nets visited the Charlotte Hornets on the back of 4 straight losses. The Hornets sat right above the Nets in the standings and a win was crucial to maintain any chances of making the playoffs. And as Durant had a relatively tame night, scoring 14 points and 7 assists, Kyrie Irving stepped up.

Irving scored a season-high 50 points on shooting percentages, which are quite literally unheard of.

Kyrie Irving had an true shooting percentage of 101.3%

That’s the highest in a 50-point game in NBA history.

Kyrie was so efficient, he broke analytics.

Guards in NBA history with multiple 50-point games on 75% shooting:

In the process, he became the only guard in the history of the NBA alongside Michael Jordan to have a 50-point game with such high efficiency.

Kevin Durant on Kyrie’s 50-point performance: “I’ve been saying it – it’s pure. Everything he does is pure.”

But no one was happier than Kyrie’s teammate, Kevin Durant. Durant exulted in praise for Irving after his game-winning performance.

“I’ve been saying it – it’s pure. Everything he does is pure.”

Irving, Durant, and Nets fans will hope this trend continues. And frankly, if Durant also comes to the fore like we know he can, the Nets might well and truly be back. “Scary Hours”, as a former teammate would put it.