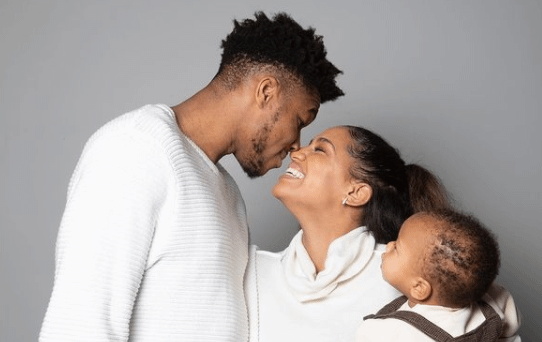 Giannis Sina Ugo Antetokounmpo AKA “The Greek Freak” represents Milwaukee Bucks in NBA. Born on the 6th of December 1994 to Nigerian parents in Greece, he has gone on to win NBA MVP in back-to-back seasons. But during the recent pandemic, Giannis Antetokounmpo mentioned it as a boon in disguise, as it allowed me to focus on my wife, son and family. So who exactly are Giannis Antetokounmpo’s family members?

Who is Giannis Antetokounmpo’s girlfriend?

Mariah Danae Riddlesprigger was born on the 17th of September, 1992. More so, the 28-year-old was a former volleyball star for Rice University in Houston, Texas. Pat Riddlesprigger(Father) was also a basketball player who used to play for Fresno State University. While Cathy Riddlesprigger(Mother) works in the sales department at ‘Allstar Fire Equipment, Inc. dealing with the needs of firefighting impediments worldwide.

After graduating from high school, Mariah completed her Bachelor of Arts in 2014. Furthermore, she achieved her degree in Sports Management and Sociology from Rice University. After her graduation worked at the athletic ticket office at Rice University for two years. Later, she worked as a basketball operation intern for the Philadelphia 76ers. 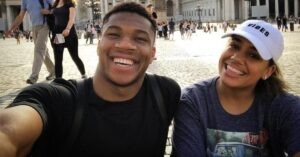 During this endeavour, she had the chance of working with diverse pre-eminent sport celebutante. Some of the names include Dallas Mavericks owner Mark Cuban, the formerly retired luminary Richard Fox. Moreover, she also got the opportunity to collaborate with numerous team owners, team managers, ESPN top brass and player agents. Her primary career aim was to work at a sports agency.

Even though they have been together for three years, very little information is out there on how they met. The couple has managed to keep it as a secret successfully. It remains a mystery to be solved.

FUN FACT: Despite being excellent in academics, she also won “Conference USA Defensive Player of the Week” and MVP of the season in her senior year

Mariah once in an interview quoted:

I was a Laker fan growing up, emhasis on “grwoing up”. But now I am die hard Bucks fan!

“I was a Lakers fan growing up.”

Giannis’ reaction to his girlfriend 🤣🤣pic.twitter.com/VwcSIkEceZ

The couple successfully protected their son from media attention

On the 10th of February, 2020 the couple revealed the birth of their son Liam Charles Antetokounmpo. Giannis Antetokounmpo dedicated his affection towards his father by naming him after his own father Charles, who he lost in 2017. He announced his son’s birth referencing to Jon Snow from Game of Thrones and implied that he would name his son after the legendary television character because of how much it was snowing that day.

Furthermore, Giannis Antetokounmpo vowed to make the streets in Milwaukee safer for his son after the George Floyd incident. He is a dedicated father and is taking steps to make the world a better place for Liam.

Also Read: Everything You Need to Know About LeBron James’ Wife and Kids