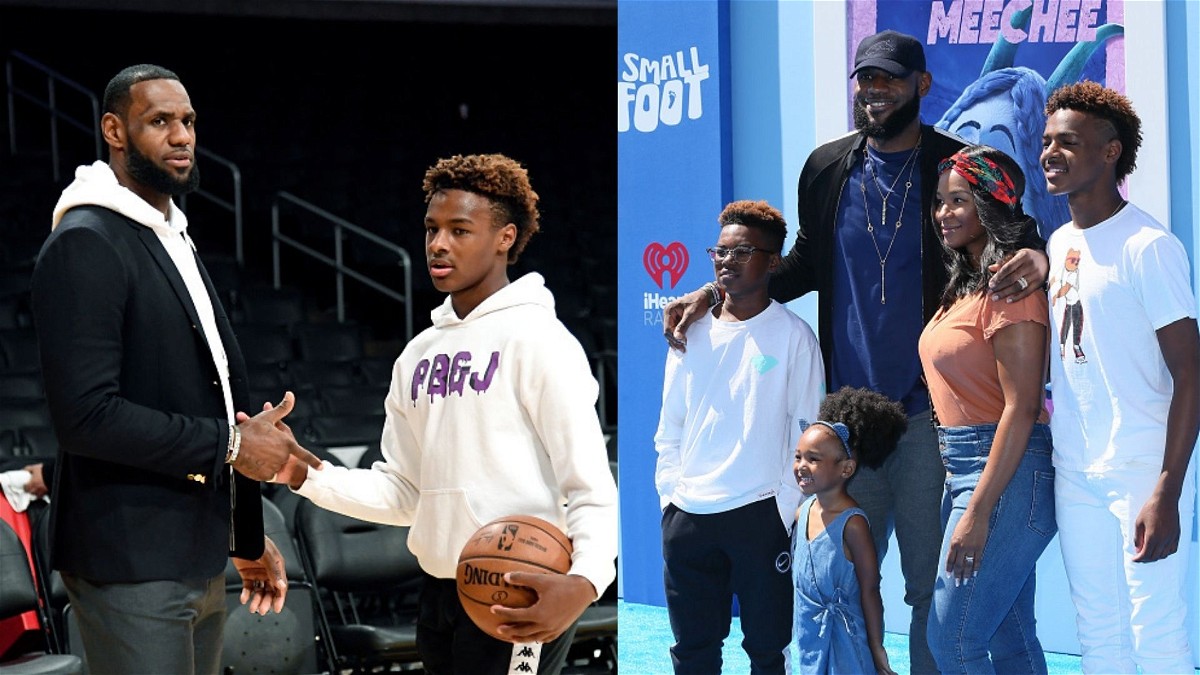 LeBron James, a modern-day great and one of the best to embrace the basketball court. A four-time NBA MVP, four-time NBA champion and the list of his accolades just go on. While we all are familiar with his on-court achievements, scarcely anything is known about his personal life. Here, we dig into the lesser-known segment of his career.

Who is Lebron James’s wife?

Lebron James has been married to his childhood sweetheart Savannah Brinson. They both got married in September 2013. While they married in 2013, they had been dating each other since high school.

So, exactly who is Savannah Brinson?? Savannah James(Brinson) is an entrepreneur and philanthropist by profession. During her high school days, she was a cheerleader and softball player. In 2018, she started a furniture retail company called “Home Shop” in tie-up with “American Signature”. 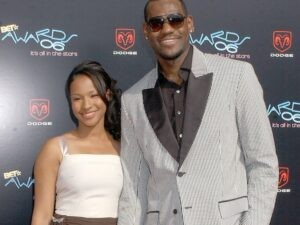 The meeting of LeBron James and Savannah Brinson

Lebron James, 17 at that time, was a rising superstar and played for St. Vincent-St. Mary High School in Akron, Ohio. Savannah aged 16 was in a cheerleading team at a rival high school. Lebron caught sight of her during a football game and asked a mutual friend for Savannah’s number.

Brinson quoted in an interview

One day I’m sitting around — I was probably bored or something — and I’m like, ‘Oh, I forgot! I have this number for this guy that I can call. He seemed interested, so let’s see.

Few conversations and phone calls later, LeBron ended up inviting her to one of his games. After the game, they went out to Applebee’s. But, their first official date was later when LeBron asked out Savannah to Outback Steakhouse.

Also Read: Did LeBron James Just Accept Stephen Curry as the Greatest Shooter of All Time?

Lebron James proposed to his childhood sweetheart Savannah Brinson at a star-studded New Year’s Eve bash in France. LeBron James took help from a former American basketball player and his former Miami Heat teammate Dwayne Wade. He asked Dwayne to keep the ring until the gong’s struck Midnight. Savannah, emotional, accepted his proposal that night. The ring was reported to be valued at around three thousand grand.
LeBron in an interview with Oprah Winfrey said:

On the 14th of September 2013, the pair tied the knot and reciprocated their vows and love for each other. Their wedding, a lavish affair, took place in San Diego, California, which ended with a farewell brunch.  There were reportedly 200 guests which included family members, friends, his then teammates and many more. Many famous figures, like Dwayne, Gabrielle Union, NeYo and JayZ, participated in the events. 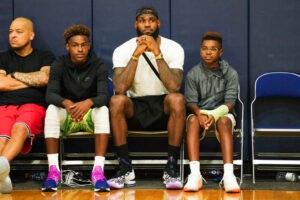 In 2003, when LeBron graduated from high school and was the no.1 overall pick in the NBA draft. Savannah, in her senior year of high school, found out that she was pregnant with Bronny. Naturally, she was paranoid and worried. Lebron assured her and said he is not going to slow down and nor will she. We will do anything for Bronny. On the 6th of October, 2004 Savannah gave birth to Bronny.
Bronny is now 15 and is following in his father’s footsteps. He is touted to be the next global superstar of the game. He currently is a freshman at Sierra Canyon High School in California.

There was no dramatic or crazy story this time for Lebron and Savannah. They welcomed their second child named Bryce Maximus James on the 14th of June, 2007, three years after Bronny. Bryce now 13 has also taken upon his father and elder sibling’s career track as a basketball player. Bryce is currently attending middle school in Sierra Canyon School in Chatsworth, Los Angeles.

LeBron and Savannah welcomed their daughter and third neonate, Zhuri Nova James on the 22nd of October 2014. She is now 6 years old and owns her own YouTube channel. She came under the spotlight in the 2016 championship finals where LeBron won his third NBA title. Daughter’s always a winning charm!! This is what James had to say about his daughter

I had two boys first, my oldest son, LeBron Jr., and my younger son, Bryce Maximus, and people always told me, ‘if you ever have a girl, she’ll change you.

Three years ago, this bright spot right here happened to our family. And not only did she change me, she’s made me a better person. A more dedicated person, a stronger person. I guess a more sensitive person that realized that I have so much more of a responsibility to women in general. So, thank you, Zhuri.

LeBron had vowed to never be like his own father and be the best dad ever for his kids. And so far, he has succeeded here as well like the rest of his career. Savannah has always been treated with respect and love by LeBron, making him the perfect husband. LeBron is very humble and grateful for everything he has in his life and loves his kids dearly making him the ideal Family Man.

Also Read: NBA All-Star Game: LeBron James Not in Favor of Having an All-Star Weekend This Season