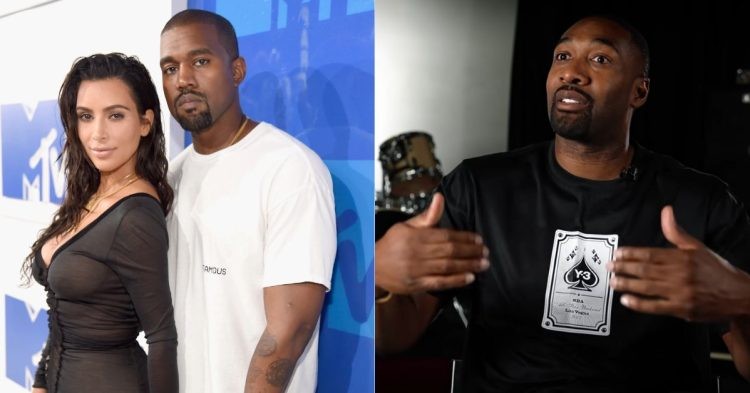 NBA fans will certainly be aware of the drama that has surrounded Kanye West and Kim Kardashian over the last year. Their marriage recently came to an end and turned into ugly divorce proceedings. As some of us already know, Kanye and Kim had 4 young children in their marriage together. They are named North, Saint, Chicago, and Psalm West.

Despite both of the 4 children’s parents being extremely rich and successful, Kanye was ordered by the court to pay Kim Kardashian $200,000 every month in the name of child support. While it is certainly the law for parents to take financial responsibility for the caring of their child, even if they split apart, 200,000 every month is no laughing matter.

Gilbert Arenas is a former NBA player who was in the league for 12 seasons. He is best known for his time with the Washington Wizards. Arenas spoke out and criticized Kim Kardashian for demanding this kind of money. Fans must certainly want to know more about what Gilbert says and how much legitimacy lies in it. Therefore, we should take a better look at his perspective and opinion.

Some of us might already be familiar with how child support works. Children are usually the victims of a bad marriage and lose the financial security that comes with having both parents around. Therefore, the law states that a certain percentage of a parent’s income must go to the spouse who is left to take care of the children.


That would mean that Kanye would have to pay Kim in order to look after his 4 young children. All of this is well and good in normal circumstances. However, as Arenas pointed out, Kim Kardashian and Kanye West are anything but normal everyday people.

“Yeah so when it comes to child support and those two, it’s like what does she need the $200,000 for? You know he’s going to be there as a father. She’s a billionaire, he’s a billionaire…Why isn’t there a trust for child support? it’s for the children right?…. Half of the money goes to the mother to take care of the kids. And then the other 50% should go in a trust that no one should touch. When the child turns 18, that child can unlock the money.”


We are all too familiar with NBA stars and other celebrities paying huge amounts of money to the divorced partner in the name of child support. However, most of that money is already spent by the time the child is 18 and it has nothing moving forward into the future.

Finally, we hope that this idea is taken seriously by the legal authorities across the country. While it is highly unlikely that there will be no money for Kanye’s and Kim’s children, this is still a problem that the rest of the families across the world deal with.