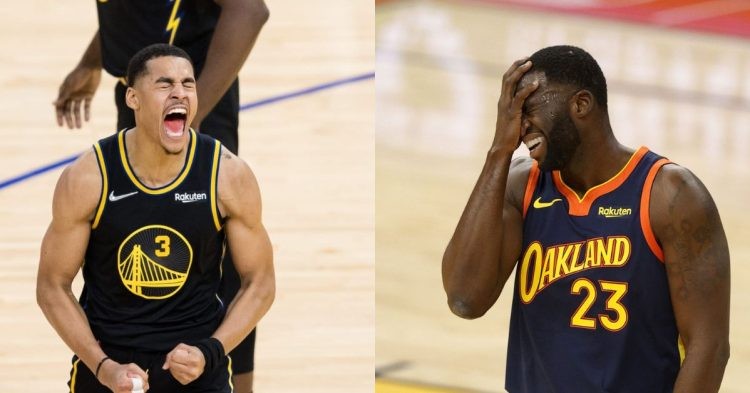 It seems we are heading into a new generation of players in the league. Jordan Poole is a young star for the Golden State Warriors who proved himself this season. He played a significant role and helped Draymond Green, Stephen Curry, and Klay Thompson win their 4th title. This has been quite the NBA offseason for him as he was on the receiving end of a brutal punch from his fellow teammate Draymond.

Jordan Poole and the Warriors have agreed to a $140M contract extension, per @wojespn pic.twitter.com/DaOEo8d1Gx

The way things stand, it is unclear if both these stars will be able to look past and get over this incident. Therefore, the franchise will eventually be forced to choose between both players. It seems they are inclined to go with young Poole at the moment. He has agreed to a $140 million 4-year deal with GSW.

This makes one question if the Warriors have decided to go with Jordan over Draymond in the long run.

Some of us already know that Draymond Green is also expecting a contract extension in the upcoming years. But the Warriors are one of the teams that are deep into the luxury tax. This leads people to conclude that it will be very difficult to keep all the players on the roster paid.

It seems Jordan Poole got a great deal of generational wealth with this new NBA contract. However, not everyone thinks he truly deserves that much money considering he just had one good season with the Warriors this year.

Man averaged 18 ppg one season, after 2 years of being a below average player and gets 35ms a year.

In fact, there are more people on the internet unhappy with this deal than the opposite. “Overpaid” is a common comment that shows people think the Warriors organization got the short end of the stick in this deal. Some fans have already drawn conclusions that this means Draymond is gone.

Speaking of Draymond Green, he was recently interviewed. He claimed that he would prove his worth to his teammates and organization this upcoming NBA season. Now, it seems his livelihood and future are on the line. If this means the Warriors don’t resign him he will become a free agent and be forced to take his talents elsewhere.

In any case, this NBA season is going to be one where Draymond Green will have to prove himself. Much more than Jordan Poole who just got paid.