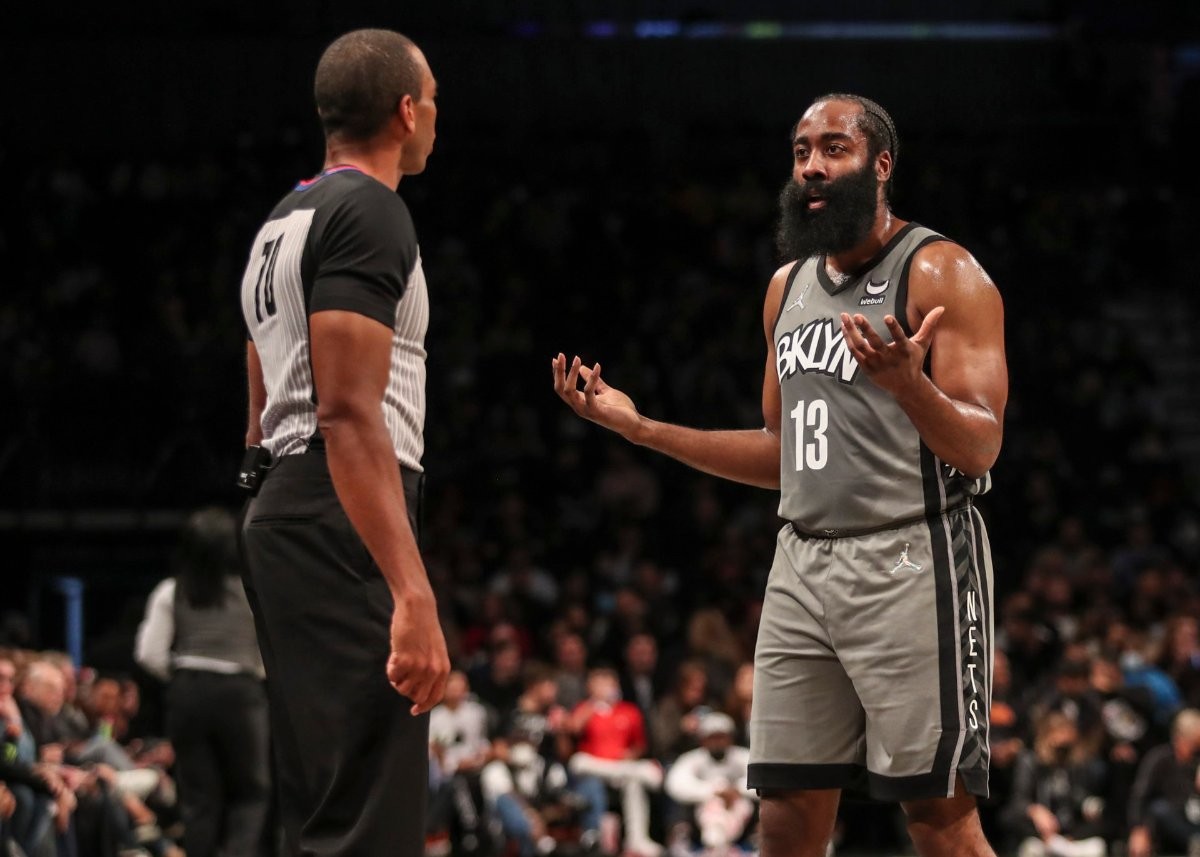 The Phoenix Suns dominated the Brooklyn Nets 121-111 as they recorded their 11th straight win. The Nets’ guard James Harden had a decent game as he put 22 points with ten assists and five rebounds. But he created an uproar on Twitter after his comments about the fouls called in the NBA today.

According to Brooklyn Nets correspondent Matt Brooks’ tweet, James Harden said, “At this point, you can’t touch nobody defensively. Or it’ll be two free throws.” NBA fans on Twitter were quick to call out Harden as he has been the poster boy for drawing fouls in the last few seasons.

James Harden: “At this point, you can’t touch nobody defensively. Or it’ll be two free throws.”

The originator of the flop?

The Beard has been one of the best scoring guards in the NBA as he has consistently averaged over 25 points since the 2013-14 season. Similarly, he is third in free throw attempts, with 8000 free throws attempted among active players. James Harden has also led the league in free-throw attempts for seven of the last nine years with shooting over 800 free-throws over five seasons.

Like Steph Curry‘s 3 point revolution, James Harden was the leader of excessive flopping and drawing fouls. He has developed a technique that allowed him to bait in defenders and force referees to call fouls. Harden was bending the rule to his advantage. Similarly, as the league adopted the 3-point shot, there was a sudden increase in flopping for drawing fouls.

James Harden called out for hypocrisy

The problem of flopping became huge that the NBA had to make rule changes at the start of the 2021-22 season for stopping players. James Harden, consequently, said that he felt he was the “poster boy” for the NBA’s new rule change, to which he replied, “for sure.”

“It’s still basketball at the end of the day,” Harden said. “No matter how much of a big deal we try to make it, a foul is a foul. It’s pretty simple.” Harden then said the change was “not even rules, just certain people” and referred to some interactions as “clear fouls.”

Hence, James Harden has been deemed a hypocrite for his statement regarding the fouls by countless people on Twitter. One fan tweeted “Somebody please tell me he was misquoted dog lmao nobody can lack this much self-awareness.” Twitter saw a resurgence of the James Harden Flop meme, where fans have caught the 2018 MVP red-handed.