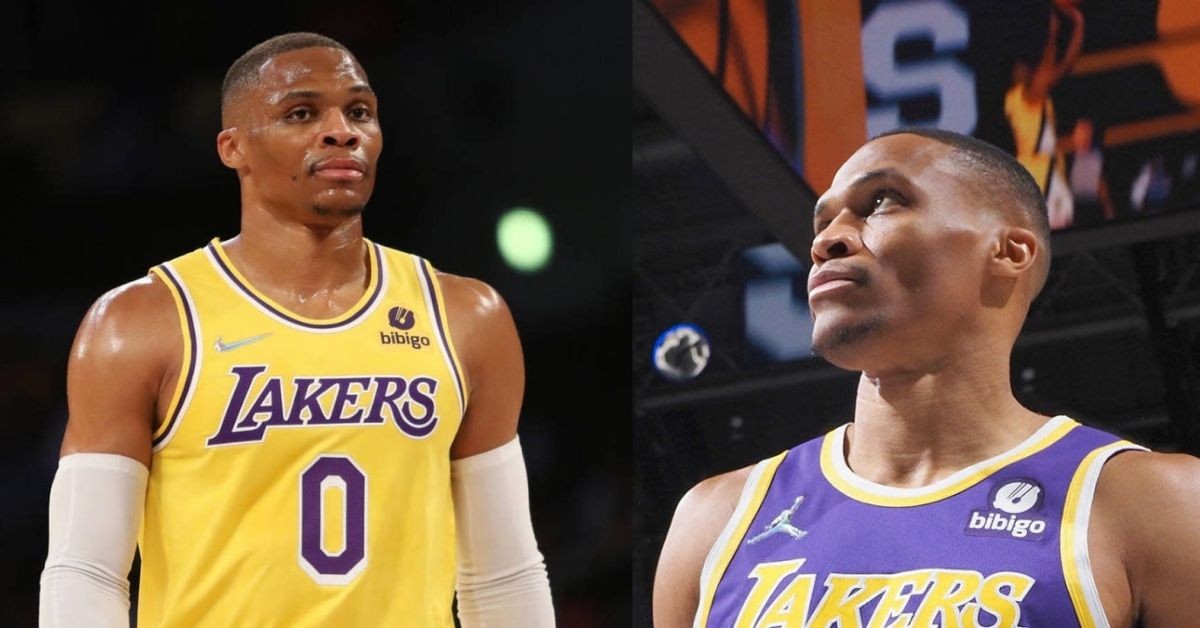 Russell Westbrook was once the poster boy for loyalty in the NBA. Now, he’s grown into an overpaid NBA journeyman, going from one city to the next looking for someplace to call home. However, with his age getting up there and productivity dropping massively, how many teams will be willing to give him a chance?

Some believe his contract to be untradable. Whilst others see his time in the league, as a star, already ended. Russell Westbrook is currently playing for the LA Lakers. But it looks like the former MVP is planning to leave.

Russell Westbrook is giving up on the Lakers

Russell Westbrook joined the LA Lakers this season after being traded by the Washington Wizards. Westbrook is still hunting for his first NBA title. And joining LeBron James and Anthony Davis instantly could make them contenders. Well, that was only on paper.

With the Washington Wizards, Russell Westbrook played on a team that was the 8th seed in the East and made the NBA playoffs. In that season Westbrook also averaged a triple-double. On his way to LA, no one could expect it to become any worse. But it did. The Lakers were the 11th seed in the West with lesser wins than the Washington Wizards of 2020-21.

Russell Westbrook’s productivity and role also diminished as he was no longer averaging a triple-double. His averages in points, rebounds, assists, and 3-point percentage all dropped as the 3rd star of LA. He played in 78 games this season and could be pointed at as one of the main problems for LA’s awful season.

The Lakers began their attempt in changing things by firing Frank Vogel, a decision that not many people liked. Then the rumors about Westbrook getting shipped got louder. However, Russell Westbrook wants to cut all ties first because he deleted every picture he had on his Instagram of him in the Lakers jersey. He even deleted pictures from his time in Houston and Washington.

If that is any sign as to what we could expect from Russ, we might not see him take the court for the Lakers, come the opening game. Which team would benefit the most with Russell Westbrook on it?