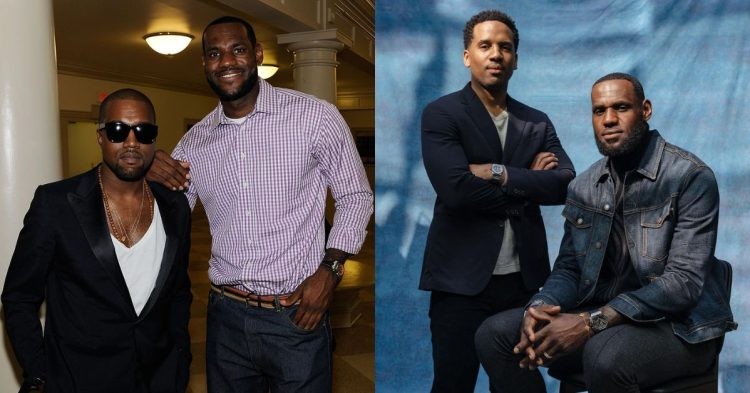 LeBron James’ impact on the world exceeds the NBA and the sport of basketball itself as we know it. Together with Maverick Carter, James leads a show called “The Shop”. The show is in partnership with LeBron and Carter’s media brand, “UNINTERRUPTED”. It has featured many athletes over time, such as Kyrie Irving, Draymond Green, and many more.

Recently, LeBron’s show came exploded into the headlines. The reason for that was the fact that LeBron’s partner, Maverick, shelved an episode of the show with Kanye West. The rapper has been known by many to spread hate speech using his social media handles in the past.

In a statement, Carter revealed the reason why the episode did not air. He said to the Andscape, “Yesterday we taped an episode of The Shop with Kanye West. Kanye was booked weeks ago and, after talking to Kanye directly the day before we taped, I believed he was capable of a respectful discussion and he was ready to address all his recent comments. Unfortunately, he used The Shop to reiterate more hate speech and extremely dangerous stereotypes.”

The statement also mentioned, “We have made the decision not to air this episode or any of Kanye’s remarks. While The Shop embraces thoughtful discourse and differing opinions, we have zero tolerance for hate speech of any kind and will never allow our channels to be used to promote hate.”

This has caught the attention of many of the fans online, as they are claiming that LeBron would surely have had some say in this decision. Many have tried to figure out what Kanye might have said during the episode.

What did Kanye West say that prompted LeBron James and Maverick Carter to drop the episode entirely?

One fan tweeted, “Need the guy that leaked the Draymond Green (video) to leak this.” Recently, a leaked video of the altercation between Draymond Green and Jordan Poole caught the NBA world off guard. It is not surprising for the fan to want the same person to do the same as many wondered how the source got hold of that video in the first place.

Another fan said, “What do we think Ye said on The Shop that was hate speech? Was it anti-BLM or anti-Semitic? Was it targeted at a specific person like an executive at Adidas? They may eventually tell us.” For context, Adidas announced that they will be ending their partnership with the rapper due to “anti-Semitic” remarks. “Ye’s recent comments and actions have been unacceptable,” the statement mentioned.

What do we think Ye said on The Shop that was hate speech? Was it anti-BLM or anti-Semitic? Was it a threat of violence? Was it targeted at a specific person like an executive at Adidas? They may eventually tell us.

The LA Lakers star has faced backlash from fans for his silence about issues related to China. It has been the same this time around as well. The user said, “Where is this energy when it comes to the Chinese government lebron.”

Where is this energy when it comes to the Chinese government lebron 🧐 pic.twitter.com/b3x5KtwvAG

Many have claimed that he might have received “hush money” from the country. The fan believes that the NBA player could have done the same when those issues came to light as well. However, while many have supported LeBron and Carter’s decision, some have claimed that they should release the episode in a censored way.

REPORT: They are pulling “The Shop” episode on LeBron James’ show with Kanye West because of “more hate speech”.

The comment was a dig at Russell Westbrook, who has been called out by many for his poor shooting performances by many fans. The fact is that the episode might not be released in the future, but speculations and leaks can arise. Only time will tell how this will play out for LeBron James and Kanye. 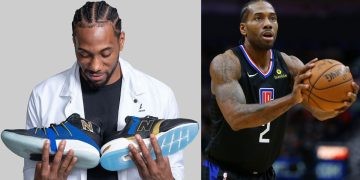