by Mohamed Rizvi
in Basketball, NBA
0 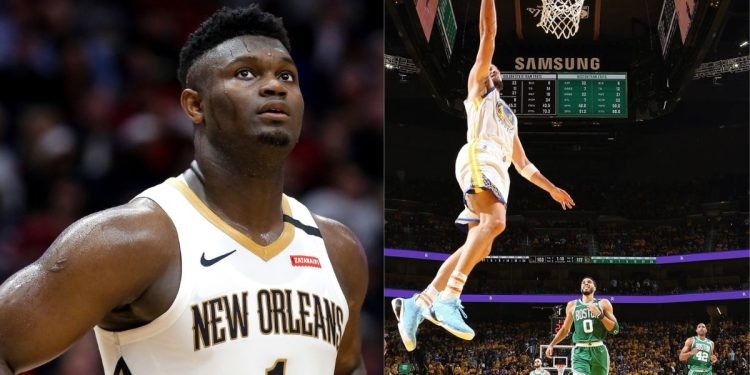 Zion Williamson says watching the New Orleans Pelicans‘ defeat to the Phoenix Suns was enough to get him pumped up and ready to return for the 2022-23 season. He won the hearts of the Pelicans’ fanbase yet again after showing his love for his team. Being the No.1 pick at the 2019 NBA Draft, the forward has proved himself as one of the best players in the squad despite his lack of experience in the league.

Williamson broke his fifth metatarsal in his right foot last year for which he underwent surgery. However, his recovery period was unexpectedly long and the 21-year-old had to sit out. The Duke powerhouse averaged 27 points, 7.2 rebounds, and 3.7 assists and quickly became a fan favorite in New Orleans.

The NBA Finals have been nothing but pure entertainment for the fans. The Warriors took a 3-2 lead after a huge win in Game 5. The results have been going back and forth as both the franchises are not backing down without the title. If that wasn’t enough, Andrew Wiggins proved his worth last night by picking up slack as Stephen Curry struggled.

Zion Williamson has claimed that he has no interest in watching the Finals which caught fans off guard. The Pelicans forward spoke to Rod Walker from The Times-Picayune. This was when he had mentioned that he only watched the Pelicans’ defeat to the Suns. Williamson went on to say that watching his team fuels his mentality to get back on the court next season.

Asked Zion if watching NBAFinals makes him even more anxious to get back playing” Honestly, I ain’t paying too much attention to the games right now. I’ll look at who won. Pels, baby. Pels in the first round. That’s all I needed to see to really be excited to get back out there.

In the absence of Williamson, several players stepped up for the New Orleans franchise. The mid-season trade of C.J. McCollum worked out well for the Pelicans after he averaged 24.3 points per game to help his team.

Together with him, Brandon Ingram also had a decent season after averaging 22.7 points a game. Despite the exemplary performance displayed by the players, the Pelicans could only beat the Clippers & Suns, before toppling over to the Suns.