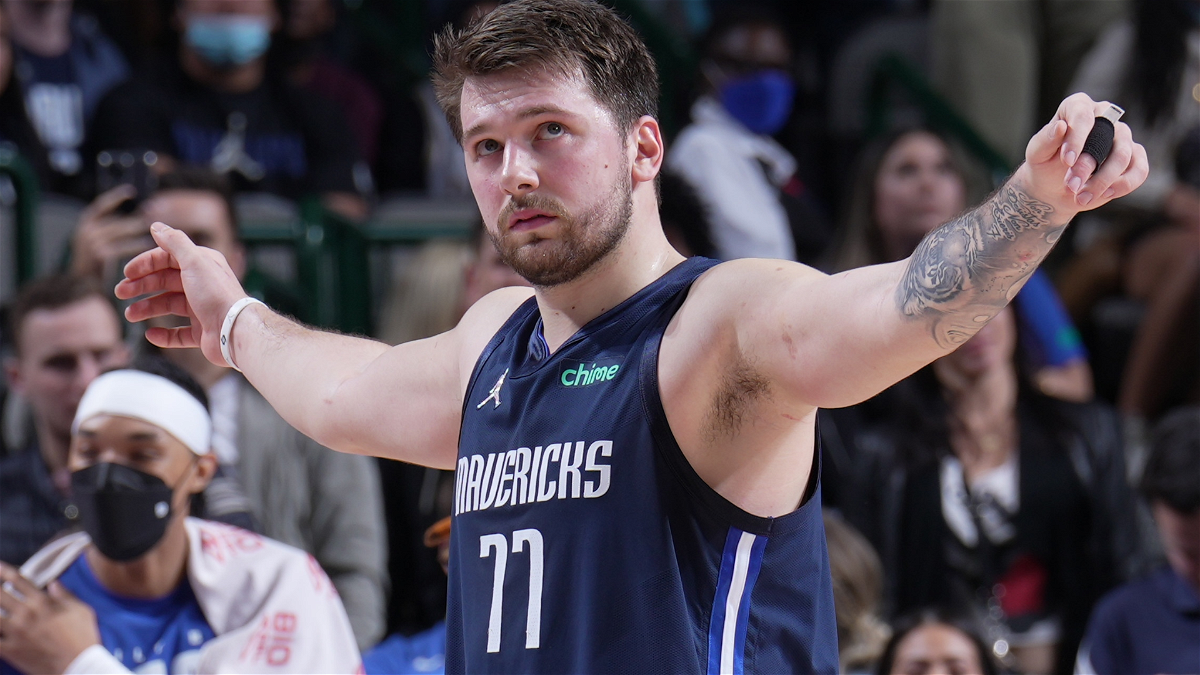 The Dallas Mavericks just notched their 3rd win on the trot. In this brief run, they have dominated and defeated the team with the 2nd best record in the league, Golden State Warriors, twice. While also overcoming a LeBron James surge to contain the reeling Los Angeles Lakers. The key to the Mavericks’ success, like the past 3 seasons, has been Luka Doncic.

The physically imposing guard out of Madrid is only in his 4th year in the NBA. His accolades do not convey the same. Already a 3-time All-Star, Doncic has quickly established himself as one of the best players in the NBA at only 23 years old.

After a slow start to the 2021-22 season, and contracting Covid-19 and an injury, Doncic has burst to life on his return. His stats since December have been outrageously good, and have propelled the Dallas Mavericks to a higher tier of play.

The Mavericks have been the best defensive team in the league since January, owing to Luka Doncic’s resolute defensive rating of 105.4, the 9th best in the league. He is the 2nd best point guard defensively, only behind Chris Paul.

In 48 games this season, Luka Doncic has averaged 27.8 points, 8.8 assists, and 9.2 rebounds per game. He is the only player in the entirety of the NBA to average more than 27 points while averaging more than 8 assists and 9 rebounds. A stellar stat line that speaks volumes to his well-rounded game.

Never a question ???? @luka7doncic is your Western Conference Player of the Month! #MFFL pic.twitter.com/BReQivmjlZ

His excellent form through February saw him score record 2 50-point games. He led the Mavericks to inflict multiple streak-breaking losses on teams ranked higher than them. His near triple-double average earned him his second Player of the Month award in his career.

2 victories from his past 3 have come against the Golden State Warriors and Stephen Curry. The same point guard he is primed to beat for the All-NBA First Team spot. Stephen Curry has had a hot and cold run of form since his season-opening exploits and is no longer a lock for All-NBA. The rise of Ja Morant has sealed the same.

Luka’s never seen before numbers are firmly placing him in the MVP conversation and he has been a worthy candidate. Many argue that had he not missed games due to injury and Covid-19, he would have led the Mavericks to a higher ranking and subsequently, better MVP chances.

How the rest of the fixtures shape up for the Dallas Mavericks and Luka Doncic will ultimately decide whether he wins the MVP award. Or snags his 3rd straight All-NBA First Team selection.