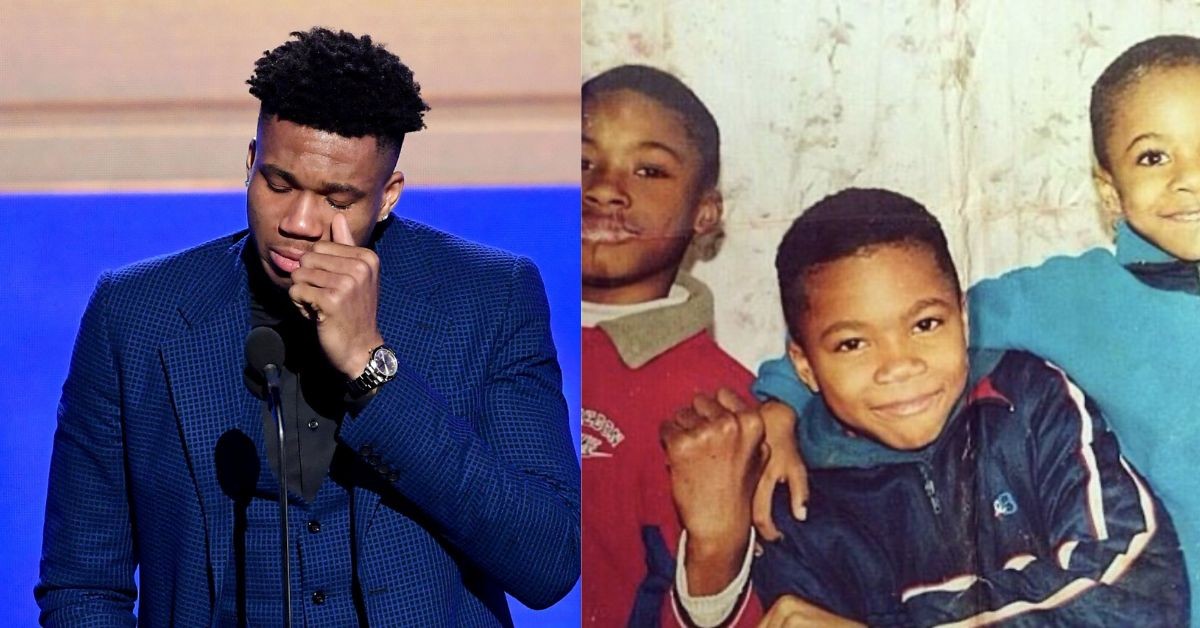 Giannis Antetokounmpo emotional and as a child (Credit-Twitter)

Giannis Antetokounmpo is the reigning finals MVP. He carried the Milwaukee Bucks, to win the NBA Finals last year. Therefore, Disney studios decided to make a movie about his life. It is called “Rise”. The official trailer has just been released.

It has become increasingly common for movies to be made concerning real-life characters and events. This is because we can see the success the player currently has. Therefore, we can empathize with their hard work, struggles, and determination. This holds true, especially in the Greek Freak’s case.

However, for Giannis Antetokounmpo greatness has just begun

People get too caught up in the moment. Giannis had arguably the best Finals performance of a decade vs the Phoenix Suns. He managed to help win 4 straight games and win the series in 6. However, The Greek Freak is only 27.

LeBron James was around the same age when he requested a trade to the Miami Heat. James then made 10x trips to the finals as he truly entered his prime. He won 4 championships during this stretch. It would have truly been a waste if a movie was made after he lost a pivotal final or won one, only to have the next year’s results impact it.

Giannis has indeed struggled early in life. He has definitely risen to the occasion and proven himself as one of the best players in the league. However, his career is far from over. He may win more championships, or he may have many disappointing exits.

The moviemakers at Disney may have jumped the gun and made this big-screen adaptation too soon. However, we cannot deny that it is likely going to be amazing. If you have heard the Greek Freaks MVP speech, you likely know what his journey has been like. It has been attached below.

Giannis Antetokounmpo has come far from a kid dribbling a ball in Greece. However, he is extremely likely to go even further. Disney better plan a sequel, if they truly wish to tell the whole story, down the line.