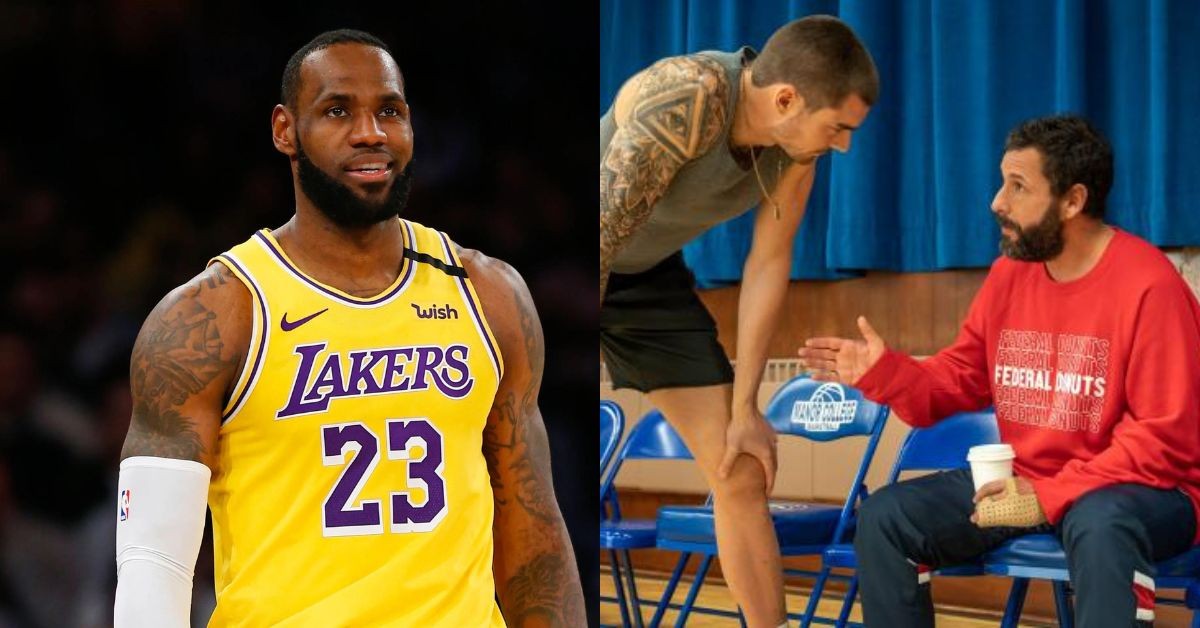 LeBron James and Adam Sandler have teamed up to create a movie on Netflix called ‘Hustle’. It will be released on the 8th of June 2022. The movie stars Adam Sandler, Queen Latifah, Ben Foster, and also Robert Duvall. Apart from them we also see a lot of familiar faces from the NBA in this movie. Also, LeBron James is one of the producers of this project and the trailer released today took Twitter by storm.

LeBron James has been busy on his time off. But you can see the direction the King is going in after he decides to retire. He’s had a huge footing in the Hollywood and movie-making scene. And as he has missed the playoffs again as a Laker, he’s using his stage to be a better entertainer for his fans.

The story of this movie is a niche one. Adam Sandler is playing a scout for the Philadelphia 76ers. But as a scout, he’s been sent across the world to look for the next star. That means a lot of time away from his home and his family. He wants to be a head coach in the league but has not gotten the big break he needed.

He finds his gem in ‘Bo Cruz’ who is played by Juancho Hernangomez who in real life, currently plays for the Utah Jazz. Nobody believes in Adam Sandler’s pick and Bo’s struggles in the USA. The movie is about the journey of how Adam Sandler and Bo Cruz attempt to get into the league.

This new trailer for “Hustle,” produced by Adam Sandler and LeBron James is 🔥🔥🔥

There have been close to no movies on the scene that depict the story of an NBA scout. Also. the last time Adam Sandler worked with an NBA superstar, it was Kevin Garnett in ‘Uncut Gems’. But that movie did exceptionally well and shows great promise for ‘Hustle’. Will ‘Hustle’ live up to the hype? Or will it be swept under the rug like most sports movies?