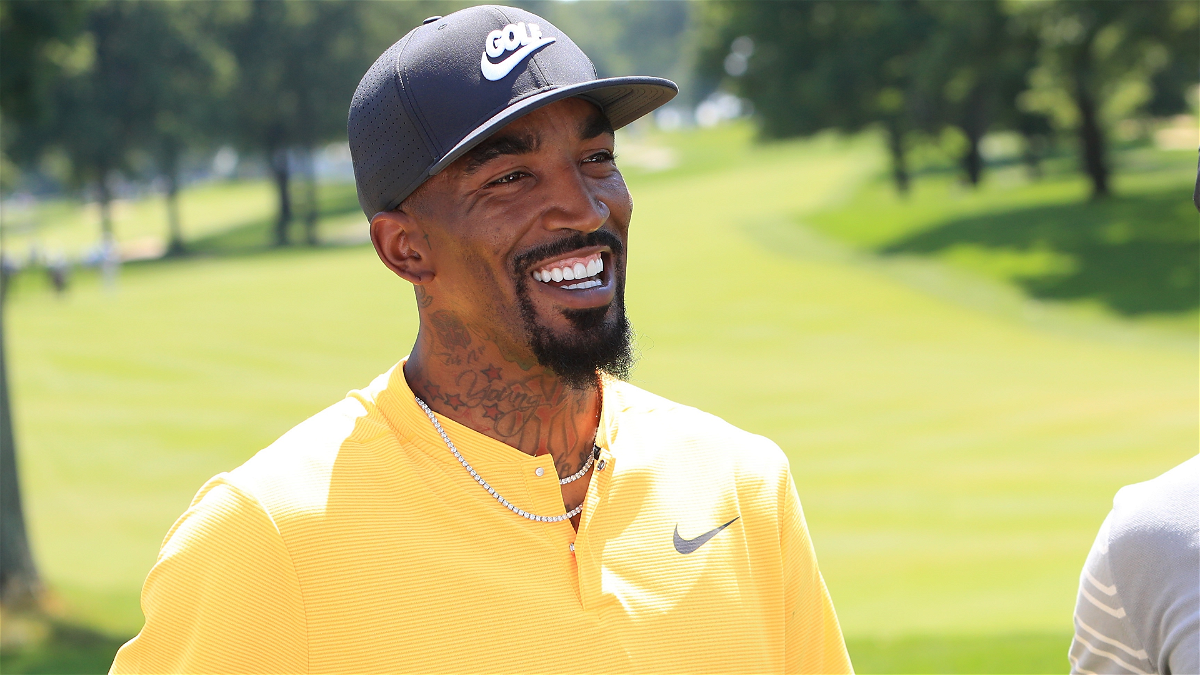 J.R. Smith is one of the most decorated role players the NBA has seen. His flame thrower shooting and massive dunks on the biggest stage kept him in the league for 17 NBA seasons. He’s a 2 time NBA champion and former 6th MOTY. Smith was also on the Cavaliers team that beat the 73-9 Golden State Warriors.

Towards the tail end of his career, Smith made less than 20 appearances in 2 seasons. His age was one thing that kept him out of the league but his antics were another. His worst moment came when JR Smith passed up a game-winning shot in the NBA finals because he forgot the score.

He decided to not let the fact that he was not playing in the NBA anymore stop him from becoming the best off the court. In 2021, JR Smith enrolled at North Carolina A&T state university to pursue a degree in liberal studies at HBCU. He also plays golf for the university.

JR Smith has straight A’s in his mid-terms

J.R. Smith set a goal of getting a 4.0-grade point average in his time at college. In his first semester in college, he did just that.

JR thought he was just short of his 4.0 goal this semester only to be surprised with the good news today ???? @TheRealJRSmith pic.twitter.com/0mLyPSV9R6

This is a very difficult average for most students to maintain. Hence, when the midterms rolled around, the expectations for the former NBA champion started to increase. And JR Smith tweeted out his midterm results that showed that he means business.

You gotta put the time in!!! pic.twitter.com/gdVSH95MP6

He’s got 8 ‘A’ grades and one ‘B’ and is overjoyed with the success on the academic level. It’s not uncommon for NBA players to return after retiring from the league, but JR has surely set a great precedence for players who want to more.