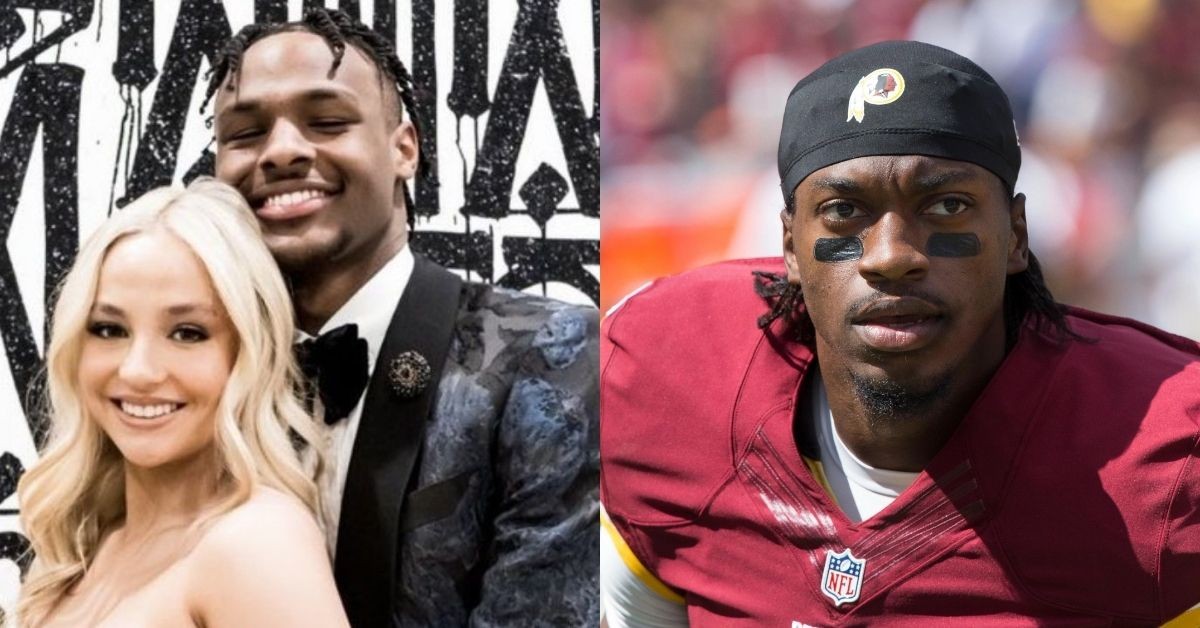 LeBron James is the face of the modern NBA. But there will be a day he’ll have to retire and pass that title on to someone else. Luka or Ja could be the next in line but who could be a better replacement for King James than Prince James. However, Bronny James Jr. is undergoing his problems and RGIII has come out in support.

Bronny James Jr. is the 17-year-old son of LeBron and is attempting to make his way to the league. He’s been playing at Sierra Canyon and will be a senior next year. He’ll be playing as a senior alongside a 5-star recruit hoping to compete for a state title.

No matter what his celebrity status is, Bronny James is still a kid. And like any regular kid, he attended his high school prom with a girl in his arms. But just like everything in 2022, there were a group of people that had a problem with the whole thing.

Savannah James, wife of LeBron and mother of Bronny gave everyone a sneak peek into the life of the celebrity child. But the comments were filled with a ton of disgraceful reactions. They were calling out Bronny for not supporting back women and black culture because he asked out a Caucasian woman to the prom.

They have disregarded anything that factors into asking someone for a prom date. The hate even crawled up to LeBron and Savanah for being ‘bad parents’. It was completely baseless and ridiculous accusations to make. And it makes even lesser sense considering it was just a high-school prom.

Robert Griffin III is former NFL quarterback who played in the league for 8 seasons and finished his career with a ton of accomplishments. He was the NFL offensive rookie of the year in 2012 but has not played a game since 2020. He saw the Bronny received and spoke up.

“People clowning Bronny for his prom date are just miserable. Let them enjoy their day.”

Robert Griffin himself is married to a White Estonian athlete named Grete Sadeiko and relates with the rubbish he’s seen online.