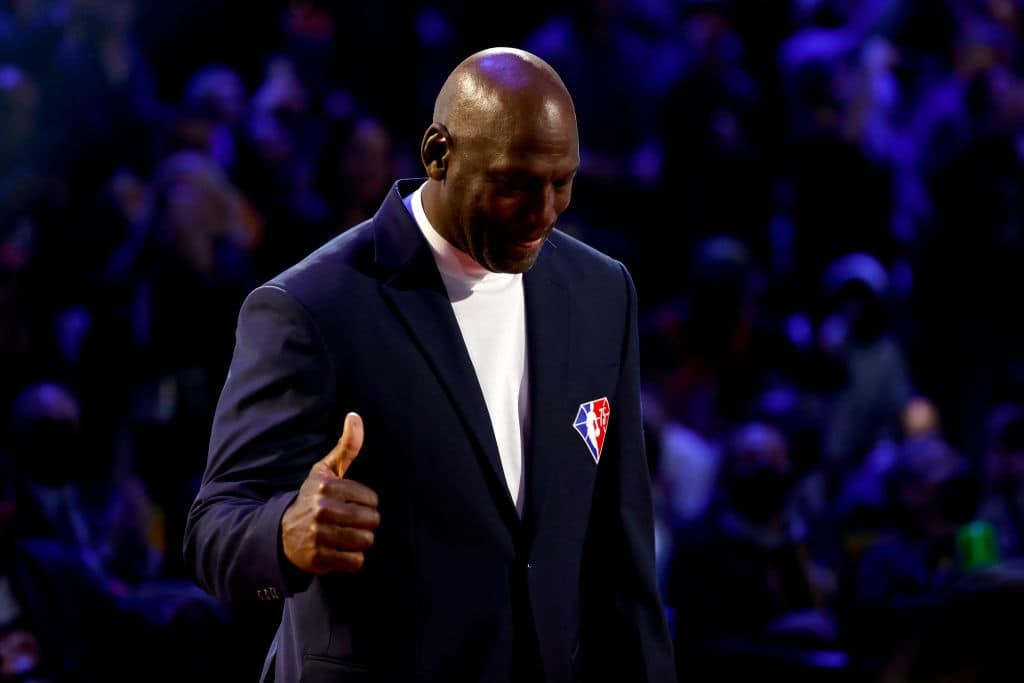 Michael Jordan is one of the most competitive players of All-Time. In the Last Dance Documentary, if you remove every scene where Jordan shows no sign of being competitive you’d most likely be left with a short film.

At the 75th anniversary-themed NBA All-Star game, all the clips you could find of Michael are extremely hilarious. And each one of them shows his need for being competitive has not dropped a bit.

The NBA used the All-Star game as a stage to celebrate their 75-best players in the history of the league. That list included names like Magic, Kareem, Shaq, Bill Russell, and many more all present in the same room.

Michael Jordan was probably the number 1 name on the list but was not in the arena at the beginning of the night. It seemed like he would not be showing up at all. However, right before the ceremony, he arrived and after the ceremony made interactions with almost everyone.

Some of his more famous interactions from the night were with Magic Johnson and LeBron James. 59-year-old Jordan told 62-year-old Magic to suit up and play him in a game of 1v1. That was hilarious from Jordan but his face looked dead serious.

Jordan and LeBron’s conversation was filled with laughs and hugs. These 2 players are always in the conversation of comparisons but the respect and love between them are very evident.

In another video that surfaced from that day, Jordan snuck up to Luka Doncic and gave him a big-brotherly hug. He also went on shower some high praises. Then Jordan turns his attention toward Karl Anthony-Towns and they just start to point at each other and scream ‘yeah’ multiple times.

KAT later explains the encounter. Towns says that Michael said this to him, “I remember what you did to my team. Fu*k you.”

Jordan was referring to when KAT took on Jordan’s Hornets on 15th February 2022. Karl Anthony-Towns had a stat line of 39 points, 15 rebounds, 1 steal, 1 block, and took the win. Jordan’s competitive side was on the surface but surely made a memorable encounter for Town.