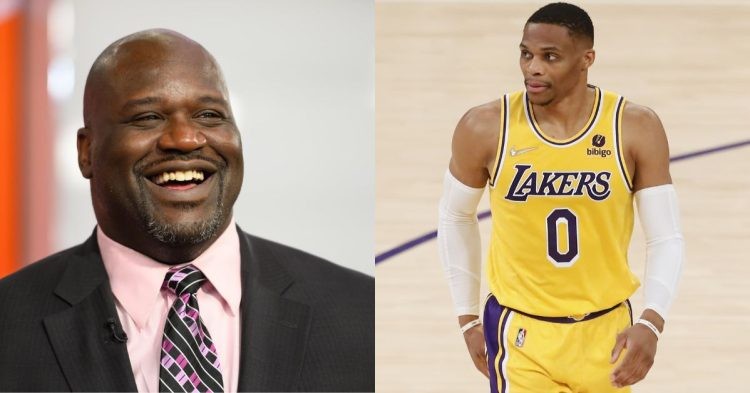 Patrick Beverley has been traded to the Los Angeles Lakers. He will now play alongside LeBron James, Russell Westbrook, and Anthony Davis. We are all familiar with how Westbrook struggled last year with the Lakers. This led several people to believe that he was to be traded from the organization very soon.

Moreover, the decision to sign Beverley was considered an indication that the Lakers were ready to move on from Russ. However, that has clearly not happened. NBA legend Shaquille O’Neal recently discussed the situation and new dynamics for the Los Angeles Lakers. He seems to indicate that both polar personalities in Beverley and Westbrook could coincide.

Moreover, Shaq also claims that Patrick could make Russ better. It is important to understand the context of his words to conclude how much truth there is to it.

This is quite an interesting but common situation. We are already familiar with old rivals and enemies coming together as teammates in the NBA. Many basketball analysts could claim that Patrick plays like an irritant while Westbrook plays hot-headed.

This would indeed be a very apt analysis. Additionally, O’Neal also believes Patrick Beverly can do something that even LeBron James is not capable of doing for Russell Westbrook this upcoming NBA season.

“Pat Bev is going to help Russ get back close to the level he was at cause he gonna hold him accountable. When you shoot off the side side of the backboard, someone needs to get you like look hey man what you doing?”

Shaq went on to further emphasize his point on why these two players could get past their ugly history and embrace each other as teammates.

“Game beef rarely gets to personal beef… They had their problems, they’re both competitors. Now they’re on the same team, And I know Pat Beverley is going to be a little bit more of a voice because LeBron is sort of like me. He’ll say something every now and he really won’t say anything. Pat Bev gonna say something all the time.”

We should really wonder how Westbrook will take being criticized by the likes of Patrick Beverley. It would be foolish to assume he would give Pat Bev the same respect he gives LeBron James or Anthony Davis.