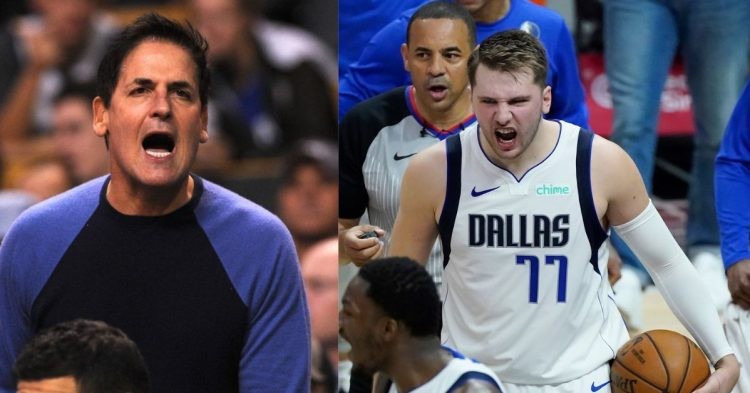 Fans are witnessing Luka Doncic playing at the highest level this season. Despite being only 23 years old, the Dallas Mavericks star is regarded by many to be one of the best players in the NBA today. Especially after making NBA history by recording a statline of 60 points, 21 rebounds, and 10 assists, a triple-double that has never been seen in the league before this.

Unfortunately for Doncic, all of his heroics are not always translating into winning basketball. His team is at 23 wins and 19 losses, behind the Sacramento Kings. As a result, NBA fans are jumping to his defense and claiming that he has no help from the rest of his team. We should wonder what they are saying and how much truth there could be to it.

While this might seem like an exaggeration, let us put some things in perspective. There is no doubt that Luka Doncic is playing at an absolutely elite level. However, that does not change the fact that the Dallas Mavericks are simply not very good without him.

The Mavs are now 0-4 in games without Luka Doncic. Yikes! 😢https://t.co/TKlmkkliKU

At the moment, the Mavs are on a two-game losing streak. Both these games should have been won. The first was against the Oklahoma City Thunder. Luka did not play in that game and the Mavericks ended up losing 120-109 loss. They then faced Kawhi Leonard and the Los Angeles Clippers.

@mcuban Mark please get Luka Doncic some help please. He needs help and Luka and Christian Wood cannot do it alone

Despite Luka putting up 43 points, 11 rebounds, and 7 assists, the Clippers ended up winning this game in a 113-101 victory. Christian Wood, who is a new addition to the Mavericks scored only 12 points and 3 rebounds. This has led fans to conclude that Doncic has absolutely no help and needs it, “GET THIS MAN SOME HELP.”

Luka Doncic despite the loss tonight

GET THIS MAN SOME HELP. #MFFL pic.twitter.com/vIGcd6edvy

People are also calling out Luka’s teammates like Davis Bertans and Reggie Bullock along with many others. It would appear that all of his teammates are now being held accountable due to Luka Doncic’s high-scoring nights.

Get this man some help. Bullock Bertans are scrubs pic.twitter.com/OfYvM34jI8

We hope that these nights turn into more wins and that the chemistry of this team is not destroyed by all of this noise from the outside world.