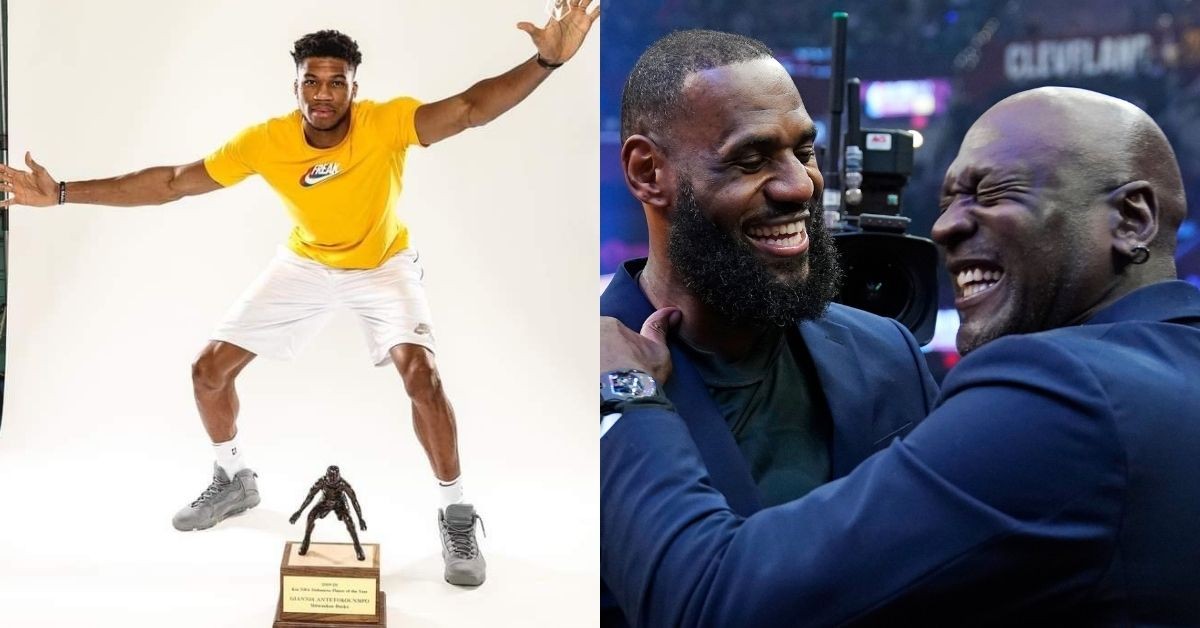 The 6-foot-11 Greek Freak is one of the greatest defenders in the league. His natural talent coupled with his insane genetics helps him guard the 1 to 5. Apart from that, he’s on one of the best offensive teams in the league. Giannis Antetokounmpo just made the 2021-22 NBA defensive team and broke another record.

Giannis and the Milwaukee Bucks were looking to repeat by winning another NBA title. They were not the best team in the regular season and were handicapped instantly in the NBA playoffs. Khris Middleton played just 2 games before picking up an injury. Without him, the Bucks lost in Game 7 of the Eastern Conference semi-finals.

This is a huge achievement for the Greek freak. Since the 1968-69 season, when the All-defensive teams were first introduced, there have been only 4 other players not named Giannis that have made at least 4 all-defensive first-team selections and multiple MVP awards.

The other 4 players on that list are Michael Jordan, LeBron James, Kareem Abdul Jabbar, and Tim Duncan. Giannis is also one of the only players in NBA history to win the MVP and DPOY in the same year. Antetokounmpo averaged 1.4 blocks per game and 1.1 steals per game. He also contributed to 3.7 defensive win shares.

But his defense did not take him far. Even though the Bucks had 2 of the best defenders in the league, they were 14th in defensive efficiency rating.

That means that the team was not as energetic on the defensive end as they were known to be. Giannis has secured a legacy for himself with what he’s accomplished so far But if he wants to be an all-time great, he will need to win a couple more NBA titles soon.