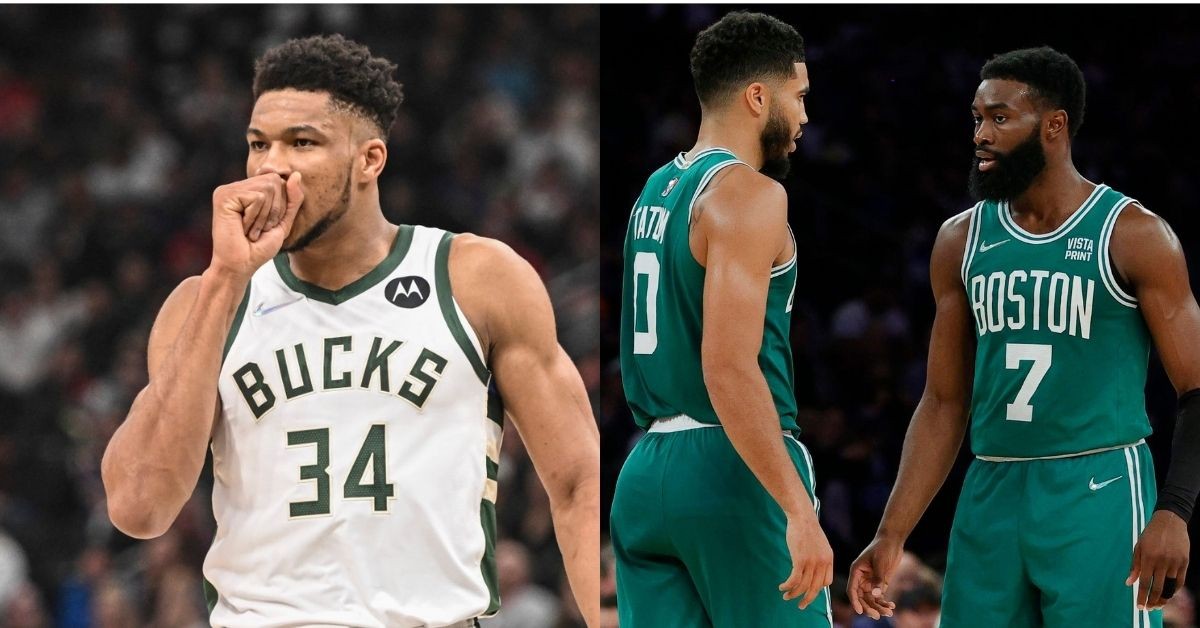 Giannis Antetokounmpo and the Milwaukee Bucks are the reigning NBA champions. Jayson Tatum and the Boston Celtics eliminated them in the second round. Khris Middleton was sidelined for this series with an MCL injury.

Giannis had to carry an immense offensive load in this series. The Bucks were without their second-best player in Middleton. The Greek Freak became the first player to have 200 points, 100 rebounds, and 50 assists in a single series.

The Greek Freak and the Bucks were coming off a championship season. He established himself as the best player on the planet in the 2021 NBA Finals. However, he was unable to handle the deep Celtics roster without his co-star.

A bittersweet achievement for Giannis Antetokounmpo

Giannis is the 1st player in NBA playoff history to record 200 points, 100 rebounds, and 50 assists in a series.

This actually totals 237 points in this 7-game series. This speaks to the Greek Freak’s greatness and sheer dominance on the court. He was absolutely unstoppable during stretches of this series. He proved that he was the best player on the court in that series.

However, it is bittersweet indeed. The Milwaukee Bucks took game 5 and had a chance to eliminate the Boston Celtics in game 6. Be that as it may, they ended up losing 2 games in a row and the series.

Injuries have always played a role in the postseason. Perhaps, the Bucks could have won this series with Khris Middleton. However, one must give the Celtics the credit or benefit of the doubt. They swept the Brooklyn Nets in 4 games.

This is a feat that perhaps even the fully loaded Milwaukee Bucks would be unable to do. Therefore, the Celtics deserve this win. The Greek Freak will be back next year and hopefully, Khris Middleton is able to rehab successfully.